Arsene Wenger wore the sort of smile, in his latest press conference, which could suggest that transfer deals are in the pipeline.

Not only are Arsenal top of the pile going into 2016, but widespread reports have spoken of the imminent signing of the talented young Basel midfielder Mohamed Elneny.

When asked about this one Wenger didn’t deny the link and said that he would be busy in January. When questioned specifically about Elneny the Frenchman said:

‘Unfortunately we cannot announce anything at the moment about this player because nothing has been concluded.’ 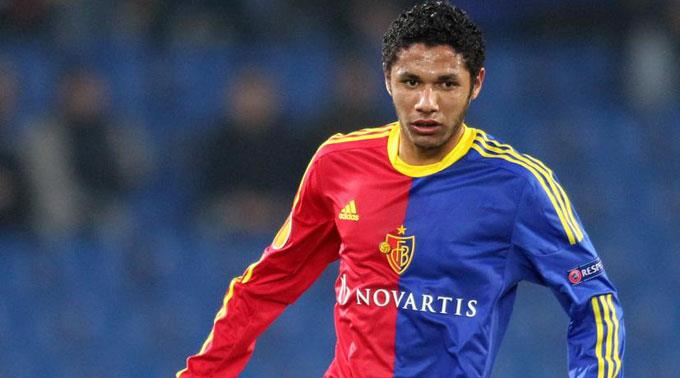 The Daily Mail says the fee for the Swiss international could be around £7.4m for a player who will strengthen an engine room which is struggling with injuries to Mikel Arteta, Jack Wilshere, Tomas Rosicky, Santi Cazorla and Francis Coquelin.

Wenger also stated that the out of favour French international right back Mathieu Debuchy could leave the club this January for regular football:

‘It’s not impossible (that he will leave),’ Wenger said. ‘I’m happy if he stays but we’ll see.’

And in terms of January business in general, the Arsenal manager was unusually open and positive about his prospects of success in the market:

‘I’ll be busy, that’s for sure,’ Wenger said. ‘I am already busy and I said already one month ago, we are a bit short to deal with all the competitions we face, especially in midfield. We will be busy, yes.’

This will come as music to the ears of the Arsenal fans who feel that this could finally be The Gunners’ year after over a decade without the title. With other top teams struggling for consistency Arsenal can really grasp the nettle if they strengthen their squad again in the winter window.

You can see some highlights of Elneny here.