But perhaps this time things are different. Because, although he is the current World Player of The Year, there were signs in The Champions League final, that he is no longer an indispensable player to Los Blancos.

If you add his arguably poorly times comments straight after the game and Fabio Capello’s back page comments this week and the evidence of a Cristiano move is certainly there.

He could perhaps move to PSG. But surely his most likely destination is Manchester United. He grew from big to man in his first stint at Old Trafford and ostensibly left on great terms with everyone at the club. He had a father figure in Sir Alex and perhaps taking United to the top of the pile in Europe once more could be viewed by the man as his final great project.

If United were to stump up the sums required where would the self-anointed CR7 fit into the side?

Well a man of this talent could of course play anywhere in the front four positions in the team – and this adaptability would be another great reason to sign him as United are lopsided in attack right now. With Martial, Sanchez and Rashford all preferred on the left by Mourinho, you’d have to imagine that Ronnie would be deployed on the right or up top. 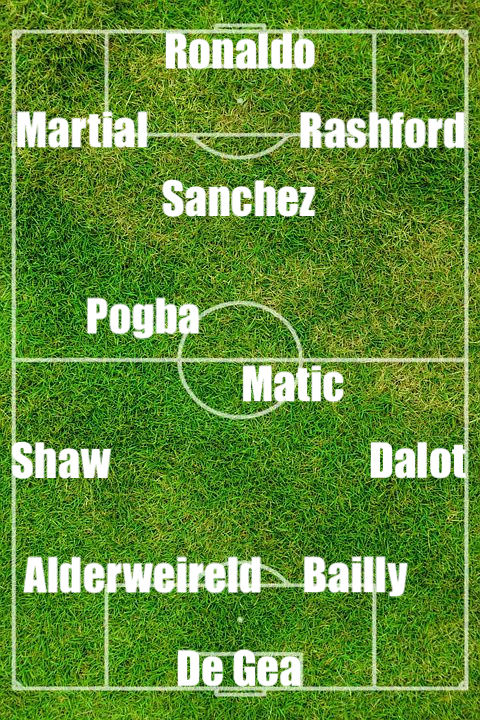 And with his legs not quite as powerful as before Ronalod has become the ultimate goal machine at number 9. Ronaldo would have the odd game coming in from wide positions but the man with the most to fear from Ronnie’s arrival would surely be Romelu Lukaku.

Here is what we believe to be the best XI should Ronnie arrive and it’s a front line to scare the best teams in the world.

How could a team with a front line like this not be successful? The thought of them teaming up leaves TFF dribbling and reminds us of the greatest United teams of all time.