Manchester United could only get a single point vs Crystal Palace at the weekend and now, they are 14 points behind league leaders Manchester City in the table.

Next up, the Red Devils will face Young Boys, who are bottom of their UCL group after four games. Mourinho’s men should be considered favorites to earn all three points against the Swiss club, who have only earned one point and already conceded 10 goals in the group.

In the last Champions League contest, the Old Trafford club bounced back from a goal down to beat high flying Juventus in their own back yard. The Old Lady will face Valencia tonight.

Swedish center half Victor Lindelof suffered a groin injury against the Eagles on Saturday and young fullback Diogo Dalot has been ruled out of the contest vs Young Boys (Goal.com).

Luke Shaw was suspended for the Premier League fixture but he is available for the European game and should get the nod to start.

In the absence of injured Lindelof, Ivorian international Eric Bailly could return to partner Chris Smalling in the central defense in front of David De Gea, who kept his second PL clean sheet of the season at the weekend.

In the center of the park, Spanish international Ander Herrera should return to partner the likes of Nemanja Matic and record signing Paul Pogba.

Lukaku has been in poor form this season and he was ineffective at the weekend. Therefore, Sanchez should return to start in the center forward position. The likes of Martial and Lingard will probably start in the wide attacking positions. 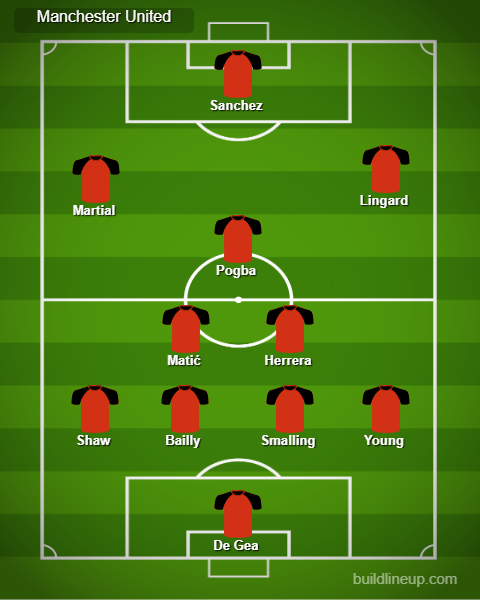