Everton already have a decent midfield of course, but the advent of Ronald Koeman has seen a raft of speculation about the addition of some fine midfield talent to the Everton ranks – namely Axel Witsel and Kevin Strootmnan.

The Guardian, no less, reported this week that:

A player of his level won’t be an easy footballer to acquire. But the newfound wealth and direction may get a deal over the line.

Another midfielder of reported interest is Kevin Strootman, who TFF wrote about earlier.

Due to his current stock – his recent career has been plagued by serious injury – he may represent a more straightforward purchase but one laced with risk.

There is no doubt that Strootman could be one of the best in Europe if he found his fitness and momentum.

But if both showed up at Everton this summer then how would the team line up?

What we know is that both would demand starts. But Everton have the likes of Gibson, Cleverley, McCarthy, Besic and Barry in the central midfield areas of their squad already.

The ex-Manchester United contingent haven’t convinced us. And, despite his quality, Gareth Barry is well into his autumn years at the age of 35.

But Besic and McCarthy will surely be very much in the plans of Ronald Koeman.

So perhaps we may see Axel Witsel play a little further forward in a 4-2-3-1 if the best-case scenario of Strootman and the Belgian arriving before the transfer deadline.

Other transfers will be forthcoming but here is an early punt on how Everton may line up next season if the excellent Wiesel and Strootman grace Goodison. Note that we have given Barkley an advanced role to let him play with freedom.

Everton supporters: would you be happy if Everton signed two central midfielders and does the team need them? 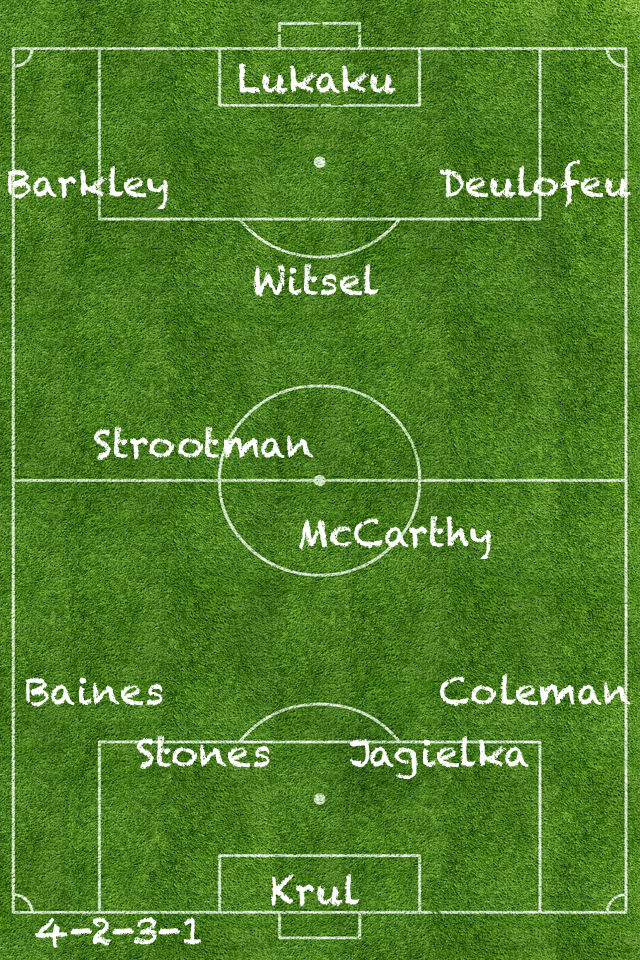