After losing their first two games of the season, Arsenal have won their next 7 games in all competitions and Emery’s men should be considered favorites to extend the winning run when they collide against Qarabag in the Europa League on Thursday.

The north Londoners won their opening game of the competition vs Vorskla 4-2. On the other hand, Qarabag lost their opening fixture vs Primeira Liga club Sporting CP 2-0.

As far as Arsenal’s team news is concerned, we can expect Emery to make no fewer than eight changes in the team that started vs Watford in the Premier League at the weekend.

In the center of the park, the likes of Guendouzi and Elneny could replace Xhaka and Torreira.

As far as the attack concerned, the likes of Ramsey, Welbeck and Iwobi might start behind lone center forward Aubameyang. 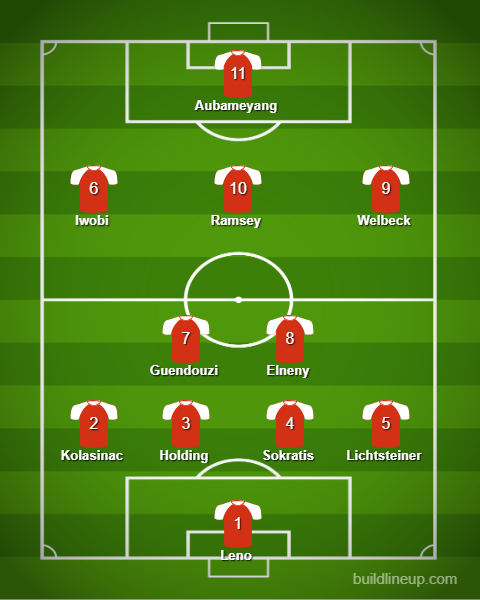