It is of course easy to be a pundit after the fact. But just last week we at TFF warned against Manchester United manager Louis van Gaal tinkering with a recently winning formula.

The Dutchman can go on all he likes about injuries but he didn’t have to start Marouane Fellaini in one of the biggest games of the season against Liverpool last week.

Even at his best Fellaini is not good enough for a top Manchester United side and the Belgian had been out for over a month since his last start. Yes, he has caused Liverpool problems in the past but the decision to play him instead of Carrick in the midfield turned out to be an absolute disaster which backfired horrendously.

And it’s decisions like these that have seen Manchester United fall from grace with such a bang over the last couple of years.

If Fellaini is still at the club next season it can only mean that a decent manager hasn’t replaced Van Gaal and then you Manchester United fans can expect another period of mediocrity.

Fellaini may play at Old Trafford. He may even score in this second leg. But it will never mean that he is good enough for Manchester United.

With spleen now vented let’s look at the rest of the team.

We would keep Rashford up front and play Memphis and Martial either side of him. Memphis may be infuriatingly inconsistent – just like Cristiano Ronaldo in his early days at the club. But, also like Ronnie, Memphis is capable of world-class moments.

Jesse Lingard, another whose ineffective displays seem to have gone under the Van Gaal radar, is not capable of world-class interventions. He adds nothing to the attack and, for us, he’s one of the major reasons why United have been so impotent in front of goal this season. He can’t beat a man and he rarely delivers a decent cross. So with just 5 goals scored all season, what exactly is his purpose? To help out his fullback?

Manchester United need to be more attacking in general so we are going for Herrera and Carrick in the middle of the park with Schneiderlin to add energy in the last 20 minutes or so from the bench.

It’s a tough task to overturn a two goal deficit and a good start is vital.

Here is a possible XI that TFF thinks can do some damage. 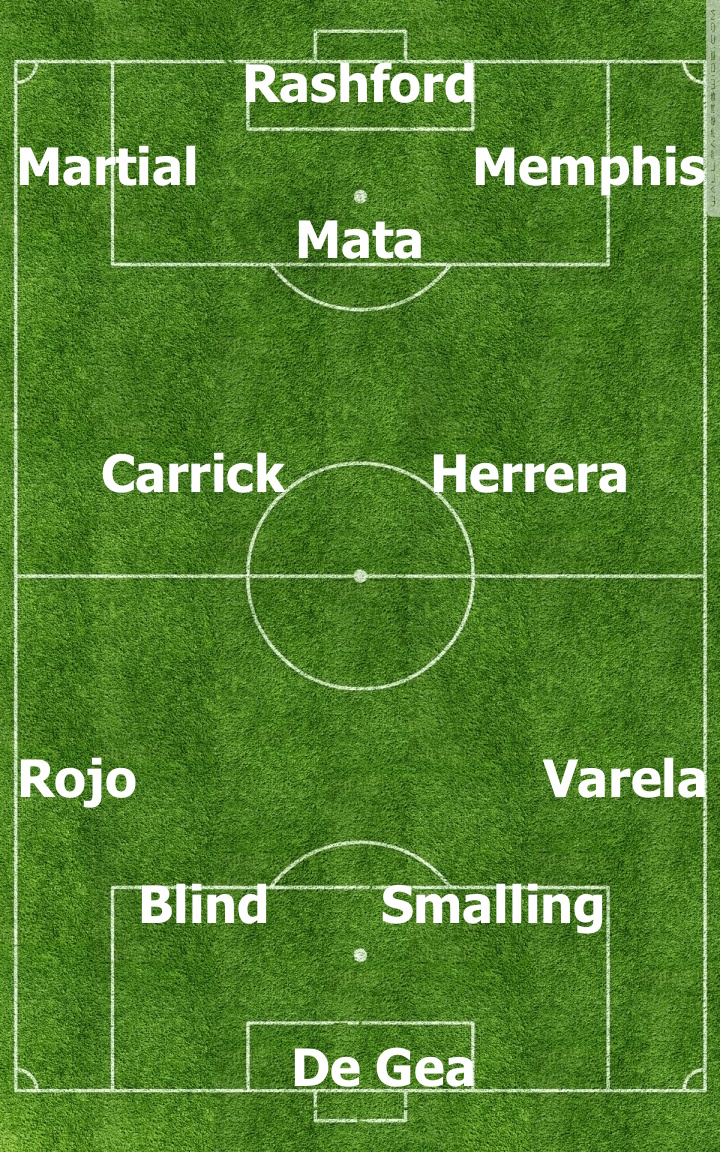