Manchester United are on 4 game run without winning in all competitions. Next up, they will collide against Newcastle United and need to step up big time to earn all three points.

The Red Devils are 10th in the table at the moment after 7 fixtures and the Magpies are 18th in the table. Who will come out on top on Saturday?

Back in February, Rafael Benitez’s men defeated the Old Trafford club 1-0 at St. James’ Park thanks to a goal scored by Matt Ritchie. Can they upset United in their own back yard? We shall see.

Jose Mourinho is under immense pressure following his team’s dismal displays in recent weeks but he might make only one change in the team that started vs Valencia in the UEFA Champions League.

Fred should return to the starting XI and replace Belgian international Marouane Fellaini in the center of the park. The Brazilian should partner Matic and record signing Pogba in the midfield.

The likes of Rashford, Sanchez and Lukaku should retain their starting positions in the attack up front and Mourinho should keep the same back line in front of David De Gea.

Here is how Man Utd should lineup vs NUFC. 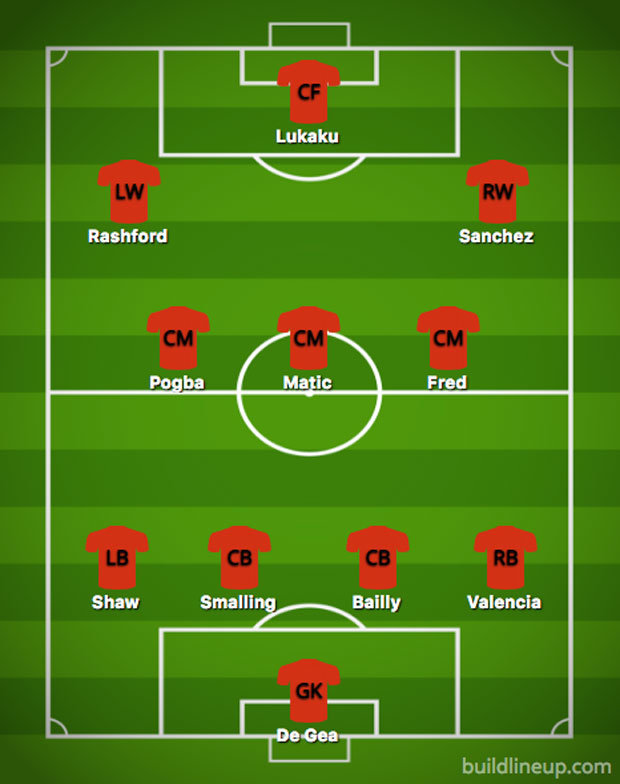