Lately, it has been reported (Turkish Football) that Liverpool are in talks with the representatives of German international and Hoffenheim playmaker Kerem Demirbay.

Last season, he featured in both the UEFA Champions League qualification legs against Liverpool but could not score a goal or provide an assist vs Klopp’s men.

The question is, how will Klopp utilize the Demirbay if he does end up moving to Anfield?

The Turkish born star can play in multiple attacking and midfield positions but naturally he is a central attacking midfielder.

Under the management of Klopp, Liverpool have mainly utilized the 4-3-3 formation, which usually involves a central midfielder that pushes forward in the attacking role. This season, the German boss has at times used the 4-2-3-1 setup e.g. against Huddersfield at the weekend.

Liverpool miss someone like Coutinho, who can hold on to the ball under pressure and operate effectively in the opponent’s half. Demirbay has those qualities but he is surely not as good as the Brazilian international. This season, the attacker has so far started 3 games for the German club and provided 2 assists.

If Demirbay arrives, he could play in the hole behind the center forward. Here is how Liverpool could line up with the £28million attacker (The Express). 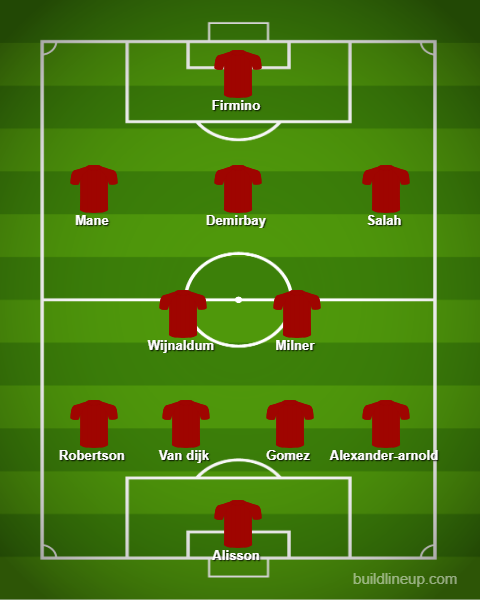