Tottenham are third in the Premier League table with 30 points, five points behind league leaders Manchester City and three points above Arsenal, who will host Spurs at the Emirates on Sunday.

Mauricio Pochettino’s men are in top form at the moment, they ripped apart an in form Chelsea team last weekend in the Premier League and in the midweek Champions League contest, they defeated Serie A club Inter Milan.

Unai Emery’s men are unbeaten since losing the opening two league games of the season. Can Spurs end that unbeaten run and upset the Gunners in their own backyard? We shall see.

Spurs do not face any suspension concerns at the moment. As far as the injuries are concerned, England international Kieran Trippier has missed the last two games due to a groin injury and therefore, we can expect Serge Aurier to start again in the right back position.

Danny Rose has missed the last 5 league games due to a groin concern but he was on the bench vs Inter Milan. The 28-year-old star could return to replace Davies in the left back position. The Welsh defender has done well in the absence of Rose but needs to be rested.

In the attacking third, Pochettino opted to rotate his squad for the game against the Nerazzurri and key offensive players like Son and Eriksen started on the bench.

The Danish international provided two assists vs Chelsea and scored the winning goal against Inter Milan. Son scored a wonder solo goal against the Blues in the PL and played for just 28 odd minutes in the Champions League. The duo should return to partner Alli in the attacking midfield behind lone center forward Harry Kane.

Here is how Tottenham should line up vs Arsenal: 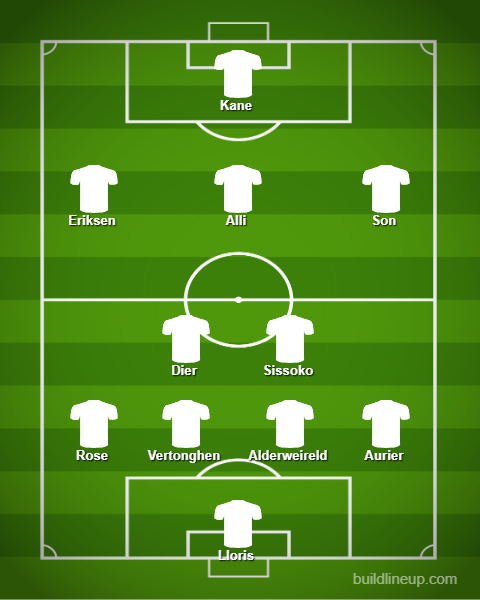