It’s going to take a monumental effort for Manchester United to prise Gareth Bale from the clutches of Real Madrid this summer, particularly with a new manager coming into the club after the recent resignation of Zinedine Zidane.

Because even a club like Madrid will struggle to sign a player of the quality of Bale. So, most managers would surely hedge their bets and give the player assurances that he will be central to their plans next season. It would be a huge gamble to let him go and may lead to early scrutiny if things go wrong on the field.

But we do know that Bale isn’t happy with the playing time that he got last term. Immediately after the Champions League final he said:

“I need to be playing week in, week out, and that has not happened this season,”
“I had an injury five, six weeks in but fit ever since. I have to sit down with my agent in the summer and discuss it.”

“I’ll do that in the summer. I have plenty of time now to relax, to reflect on things and see where things go.”

And we also know that Ryan Giggs is one of the Welshman’s heroes.

“For me the greatest player is Ryan Giggs,”

“He was my hero growing up and is a legend in world football. It also helps he’s a fellow Welshman.”

A fellow left-footer Giggs trod the boards of the Theatre of Dreams for 20 spellbinding years and if Bale did return to England to see out his playing days, Manchester United would be one of the few clubs who could afford him.

TFF believes that if he did arrive at Manchester United it would be enough to tip the balance and bring the title back to Old Trafford after six fallow years.

Because Bale would crucially offer an extra prong to United’s attack. In the last couple of years the left flank has been United’s obvious threat. The likes of Martial, Rashford and Sanchez can terrorise apponents but it’s a predictable weapon and opposition teams know that if they can stop that threat they can silence United. 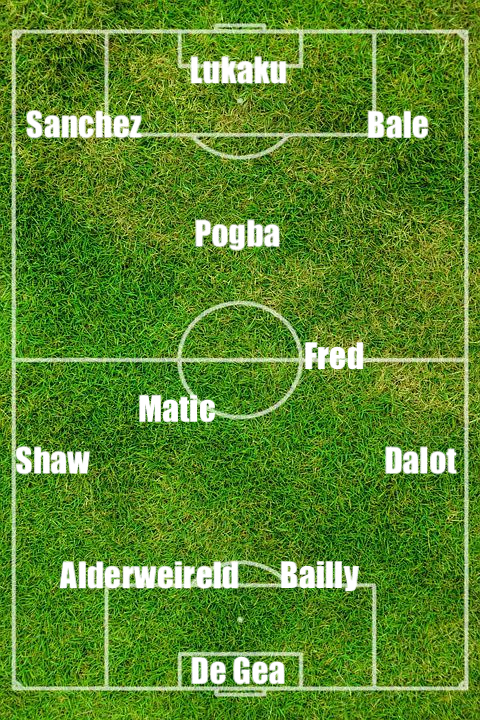 Because the more ponderous likes of Juan Mata are easier to cope with down the other side.

But if we saw the power, pace and panache of Bale down the right it would not only give Manchester United another attacking dimension but also free up Alexis Sanchez to show us what he can do.

Sanchez disappointed in his first six months at the club but a restful summer and a full pre-season will do him no end of good.

And if he could count Bale as a team mate, Manchester United fans may be about to see the glory years return.