The Daily Mail passed on news this week which suggested that Manchester United manager Jose Mourinho is preparing to depart from his tried and tested 4-2-3-1 for a 4-3-3 next season.

L’Equipe claim that United’s new boss Jose Mourinho is keen to implement a 4-3-3 formation next season.

It’s an interesting prospect and may end up suiting the squad.

We still think that Jose will go with 2 in front of the defence in the big games.

But a 4-3-3 could exploit the attacking talents of the current crop, the expected newcomers and Paul Pogba.

Manchester United have reportedly held talks with Pogba’s club Juventus over a return to Old Trafford for the Frenchman.

And what a team United would have if he joined up with the other expected signings of Zlatan Ibrahimovic and Henrikh Mkhitaryan and new boy Eric Bailly.

There are concerns that Marcus Rashford will be the main loser from these signings.

But, while we don’t expect him to start every game, he is too good to keep on the bench and will see plenty of game time in a long season.

But, in a 4-3-3, you would have to imagine that Henrikh Mkhitaryan and Anthony Martial would play either side of Zlatan with Wayne Rooney in the advanced midfield role and Pogba plus one other just behind Wazza in a very attacking line up.

Despite some fierce responses to TFF’s Eric Bailly positioning, we still believe that he could well start his Old Trafford career as a right back.

We feel that Manchester United are still on the lookout for another centre back and Jose Mourinho has already admitted that Bailly is a raw talent who needs to develop.

“We look forward to working with him to help nurture that raw talent and fulfil his potential. Eric is at the right club to continue his development.”

The centre of the defence is such a crucial area of the park. One or two mistakes from Bailly could ruin his confidence so perhaps we should expect a serious move for John Stones or Raphael Varane to play alongside Chris Smalling.

With that in mind here is the dream line up for the new season. Manchester United supporters – could this team win the title? 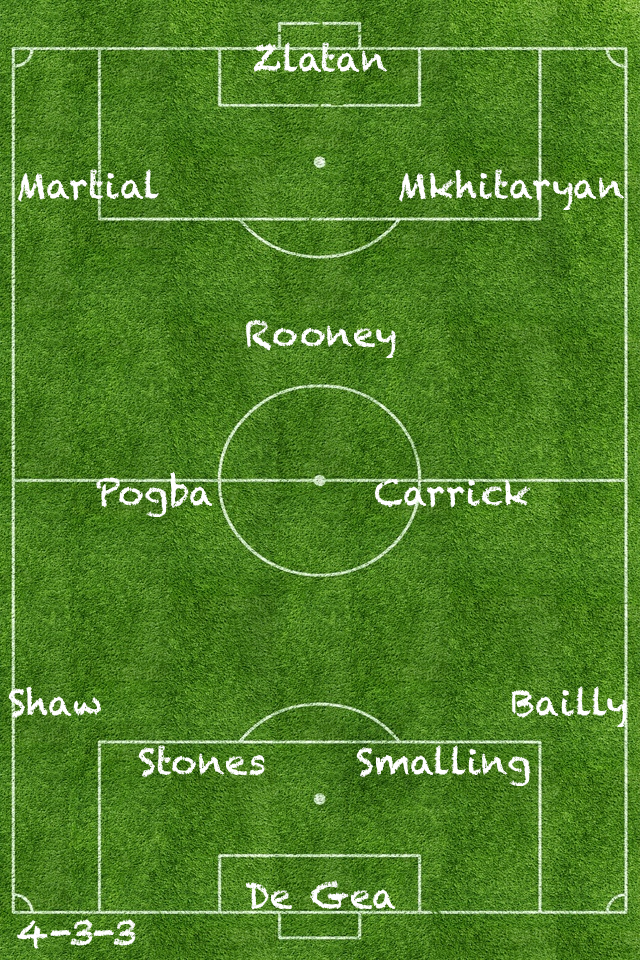