The great thing about Liverpool vs Manchester United is that it doesn’t matter what stage of what competition that they meet in – it’s always like a European Cup final to both sides.

These two giants of the game have never met in Europe before but we are hoping that this one leaves lasting memories for the right reasons.

What we don’t want is a bitter, stop-start contest. Both sides have fallen from grace but both still prize the beautiful game above all else.

We at TFF sense that Liverpool will eventually have their greatest measure of success since 2005 under the management of Jurgen Klopp. He’s a visionary leader and he effortlessly seems to keep people onside which is crucial to man-management. As such, however he fares at Anfield it’s difficult to see banners ever being erected by the fans to protest against his continued tenure at the club.

Because, apart from his general cordial nature, he loves to play attacking football. The Premier League didn’t know what had hit it in the first few weeks of Liverpool under Klopp. We had seen the high press before but this Liverpool were pressing like a bunch of ravenous Zombies (the quick variety rather than the pathetically sluggish ones that don’t scare anyone) when they didn’t have the ball.

Opponents have since become more aware of the tactic and sometimes found ways to counteract it. But Liverpool have still recorded the odd cricket score when everything clicks.

And it’s not outside the bounds of possibilty that they could absolutely hammer a Manchester United side which has shown signs of new life of late but is still very much in between great periods of its history.

But Liverpool have struggled with United this season and lost twice in the league, including a defeat at Anfield where The Reds pressed but had little to no end product.

With Roberto Firmino now looking settled and very dangerous up front Liverpool could provide a much sterner test to United this time around and we feel that the first goal could ultimately decide the whole two-legged affair.

Most of the team picks itself. The promising Jon Flanagan isn’t registered for The Europa League so Nathaniel Clyne and Alberto Moreno should marshall the flanks with Lovren and Sakho in front of Mignolet.

Up front we expect to see Daniel Sturridge start with Firmino and Coutinho/Lallana alongside him in a 3 man attack.

The big question for Liverpool fans is who makes up the midfield. Henderson and Can should start but James Milner left training with an illness yesterday and will be assessed before the game. He would normally play and we feel that Liverpool would be weakened by his absence.

But he will hopefully shake off the malaise and, if so, this would be our chosen team for the game.

TFF simply can’t wait for this one.

Liverpool’s forte: They have a wonderful forward line when everyone is fit.

Liverpool’s weakness: Mignolet has improved but still has dodgy moments and, while the defence is generally dynamic, it’s not top-class. 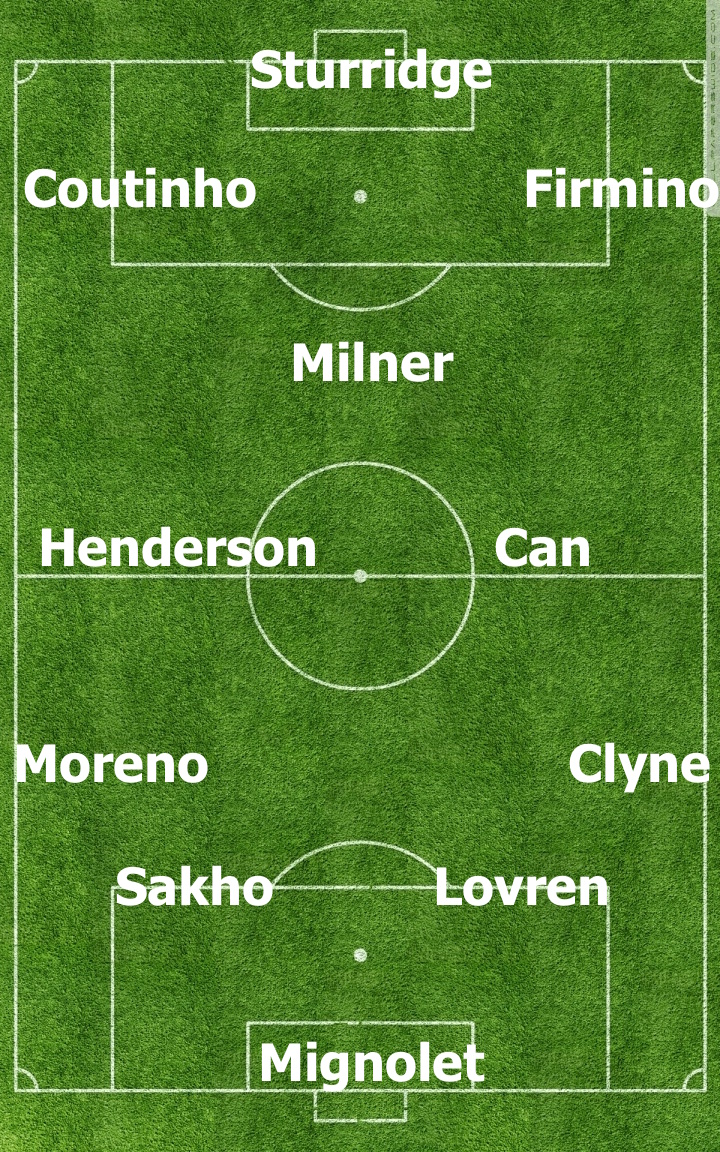