Tottenham comfortably defeated Huddersfield away from home in the Premier League on Saturday. Next up, the north Londoners will collide against Spanish champions Barca in the Champions League.

The Catalan giants defeated PSV Eindhoven 4-0 in their opening game of the competition. However, Spurs lost to Inter Milan 1-2.

As far as Pochettino’s team news is concerned, as per The Telegraph, Tottenham are confident that star players like Christian Eriksen and skipper Hugo Lloris will return to the team to face the Catalan giants.

In front of the French goalie, we can expect Trippier, Sanchez, Alderweireld and Davies to start in the back like. Vertonghen has a tight hamstring concern and could be out (PhyisoRoom).

Dier and Dembele should start in the center of the park for the PL side. In the attacking third, the likes of Moura, Son and Eriksen should start behind star striker Harry Kane. 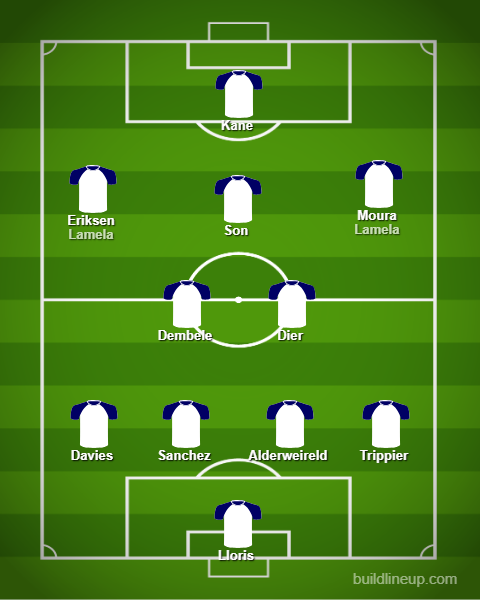