Until you see players in the shirt of their new club you can put a lot of what you hear in the press down to pure speculation.

But the weight of rumours around Manchester City this summer would suggest that Nicolas Otamendi and Kevin De Bruyne are the most serious remaining targets ahead of the new campaign.

Manchester City spent heavily on their defence last summer, as Eliaquim Mangala came to the club for a hefty fee. He hasn’t settled that well so far.

Of City’s other centre backs, Martin Demichelis is 34 and captain Vincent Kompany has been blighted by regular and niggling injuries.

So perhaps we are correct in the assumption that Otamendi is on the radar at The Etihad this summer. The Argentine international is a tough tackling defender who plays the game in a very straight forward manner. He’s a quality player and a regular in the international set up.

But, according to reports, there have been no bids for the player who reportedly has a release clause of £35m. Sky Sports stated this afternoon:

Valencia have not yet received any proposals for unsettled defender Nicolas Otamendi, according to Superdeporte.

As for De Bruyne Sky also reported that there has been no movement as of yet for the Wolfsburg player who is widely mooted to be interesting Manchester City.

“Nothing has arrived here. And neither Kevin nor his agent have told me they want to leave,” sporting director Klaus Allofs told the German media. 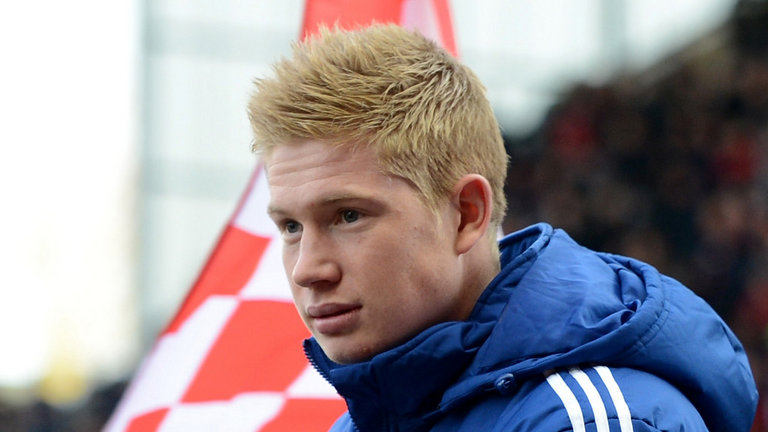 De Bruyne has been superb since he left Chelsea in January 2014. And last season he was one of the most prolific players in Europe with a remarkable 16 goals and 27 assists playing wide in a 4-3-3.

At 24 he looks like he would be the perfect addition to a team which has just supercharged the other flank with the £49m purchase of Raheem Sterling.

These deals are far from done but if Manchester City can complete a double transfer they will have to be viewed as very serious contenders for The Premier League trophy next season.

And with Chelsea and Manchester United also strengthening their squads it should be a fantastic campaign in England.