Manchester City started the season like a train but, even when they won their first ten games, questions were asked about their defence.

Nicolas Otamendi is arguably technically limited and John Stones is a wonderful but raw talent who makes regular mistakes.

Vincent Kompany is a top player and a top man but he has been cruelly blighted by injury over the course of the last two years.

So perhaps we should expect another extravagant splurge on the defence in January.

There has been much rumour about the signing of Virgil van Dijk, the brilliant Southampton defender with astronomical figures of £50m being mooted for his signature.

And the latest pictures coming out of Southampton will do nothing to blunts the pencils of the rumour mongers.

Because Van Dijk has been pictured in a Manchester City shirt no less! 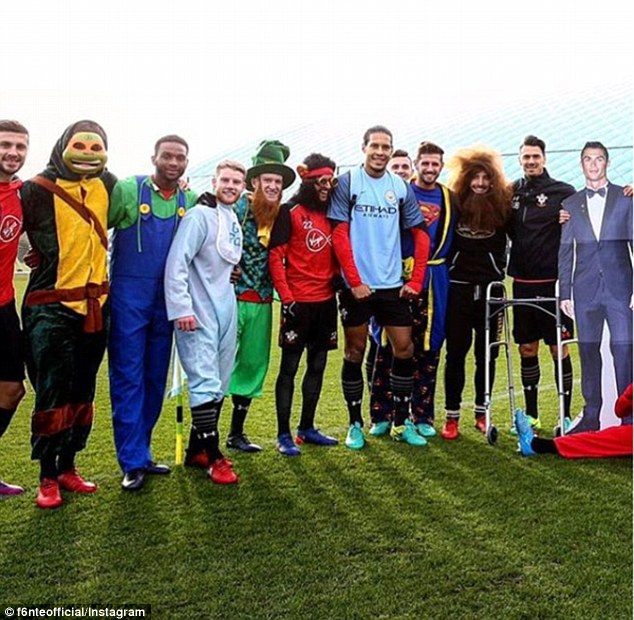 The player will surely have been fully aware of the message that this would send out to the world and it’s not going to do anything to please Saints fans or well the hype surrounding a move.

The 25-year-old has been in stunning form since his move to Southampton from Celtic last year.

The 6ft 4in Dutch international (12 caps) has played 53 times for Southampton and scored four goals in one and a half seasons at the club.

He’s a wonderfully composed player who seems to tick all the boxes of the perfect modern centre back. Strong in the air, quick and great with the ball at his feet.

£50m may seem like a crazy price but if Manchester City can win the league on the back of his addition then it will be money well spent.