Unusually for Manchester City over the last few years, they have seemingly failed in a transfer bid for a major target.

Reports today stated that the brilliant young Frenchman, Aymeric Laporte, has signed a new deal with his club Athletic Bilbao to put an end, for the time being at least, to stories linking him with a move to Manchester City.

In light of this turn of events it’s difficult to imagine Pep Guardiola not turning his attention to John Stones this summer.

Stones has s similar skill set to Laporte – both are solid tacklers but love to carry the ball out of defence and have the skill level of many a top flight midfielder. If anything, Stones is even more buccaneering and adventurous than Laporte, so he would soon be a crowd favourite at Manchester City.

If they manage to bring him and Pierre-Emerick Aubameyang into the squad this summer, to add to the already signed midfielder Ilkay Gundogan, they would surely see it as a successful close-season in the transfer market.

Because the idea of linking De Bruyne, Aguero, Silva and Aubameyang is nothing less than terrifying for opponents. The Manchester City defence might get away with wearing slippers for much of the season.

And then you look at other attacking forces like the improving Raheem Sterling, the impressive Kelechi Iheanacho and the dependable Jesus Navas and things would be looking as healthy as ever.

We feel that it’s well within the realm of possibility that Manchester City could get both of those stars this summer which will more than offset the failure on Aymeric Laporte. Based on that assumption, here is how City mighty line up come the autumn.

Let’s have your opinions on this line up. 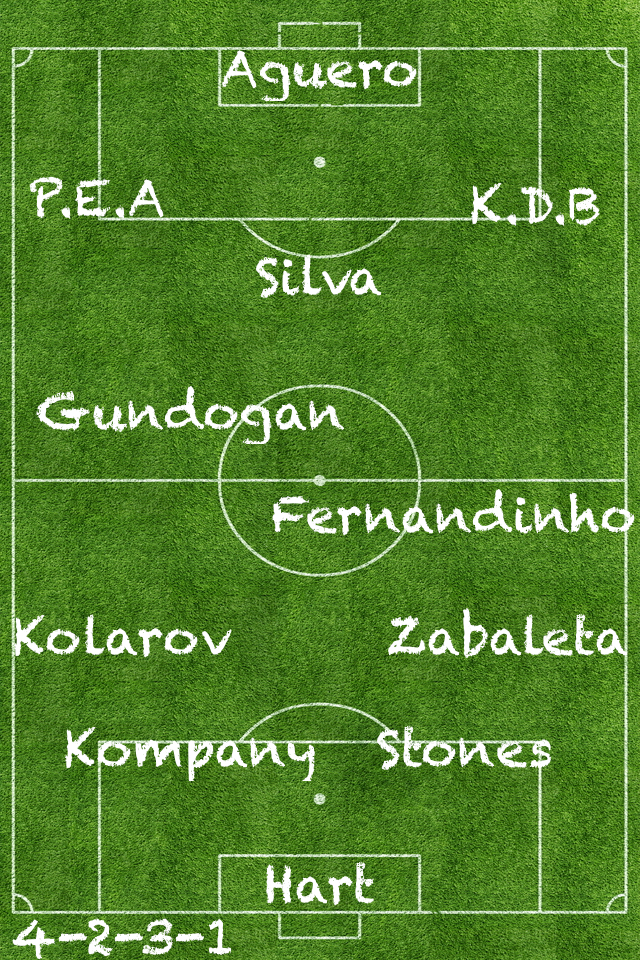