It feels like one of the longest running transfer sagas in the history of football and the latest tweet from Spanish superstar David De Gea may suggest that he could finally be on his way out of Manchester United.

The cat-like goalkeeper must be absolutely gutted that he’s not playing in the Europa League final against Ajax on Wednesday. After all his good work over the last six years he would surely have wanted to play in the showpiece final. But Jose Mourinho has played number two goalkeeper Sergio Romero all season in this competition and it looks as if he will continue with that policy in Sweden on Wednesday.

Perhaps this has generated the following Tweet from De Gea who said earlier today: 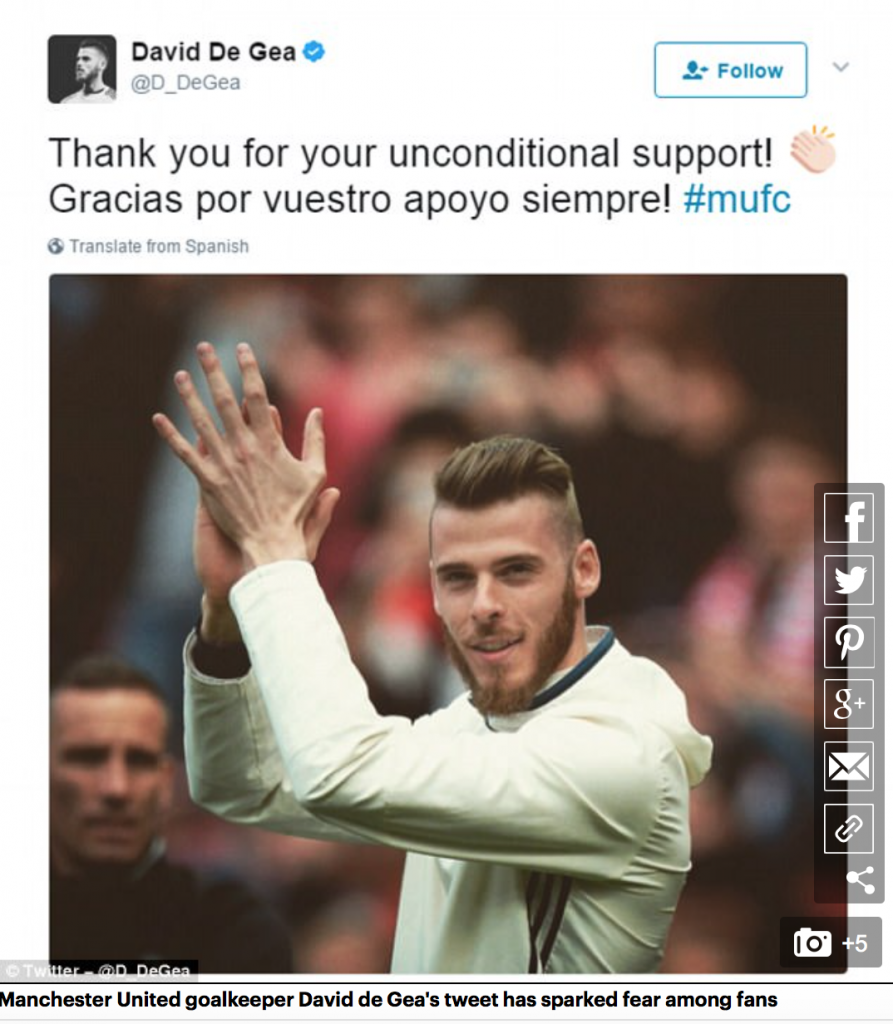 The Spanish stopper, 26 years of age, has played 259 games games from Manchester United over the last six seasons and been a superb goalkeeper for the club. He looks like he’s just getting better. And just like when Rio Ferdinand finally hung up his boots it does feel as if Manchester United are going to struggle to buy a player of commensurate quality.

It’s going to be a slightly underwhelming replacement whoever comes in because De Gea is cat-like in his agility and also seems to hold onto everything that comes at him in an era where keepers tend to parry the ball so much.

It will be a massive disappointment for Manchester United fans who believe that Jose Mourinho is building something really special at the club again. But if you have to lose a superstar TFF always opines is that the goalkeeper is the least important player in the team.

Manchester United fans – who could you get to successfully replace someone of this quality?