One of the biggest stories of the pre-transfer window has been the idea of Manchester United signing Victor Lindelof.

The 22-year-old Sweden international has been in sensational form for Benfica over the last few months and he really does look like the real deal.

The prices being suggested for him seemed ridiculous a couple of weeks ago but such is the talent, power and intelligence of the player that he could be the next Rio Ferdinand for Manchester United.

And the rumour mills have now gone into overdrive with the advent of a picture being circulated of Lindelof signing the Manchester United shirt of a fan. 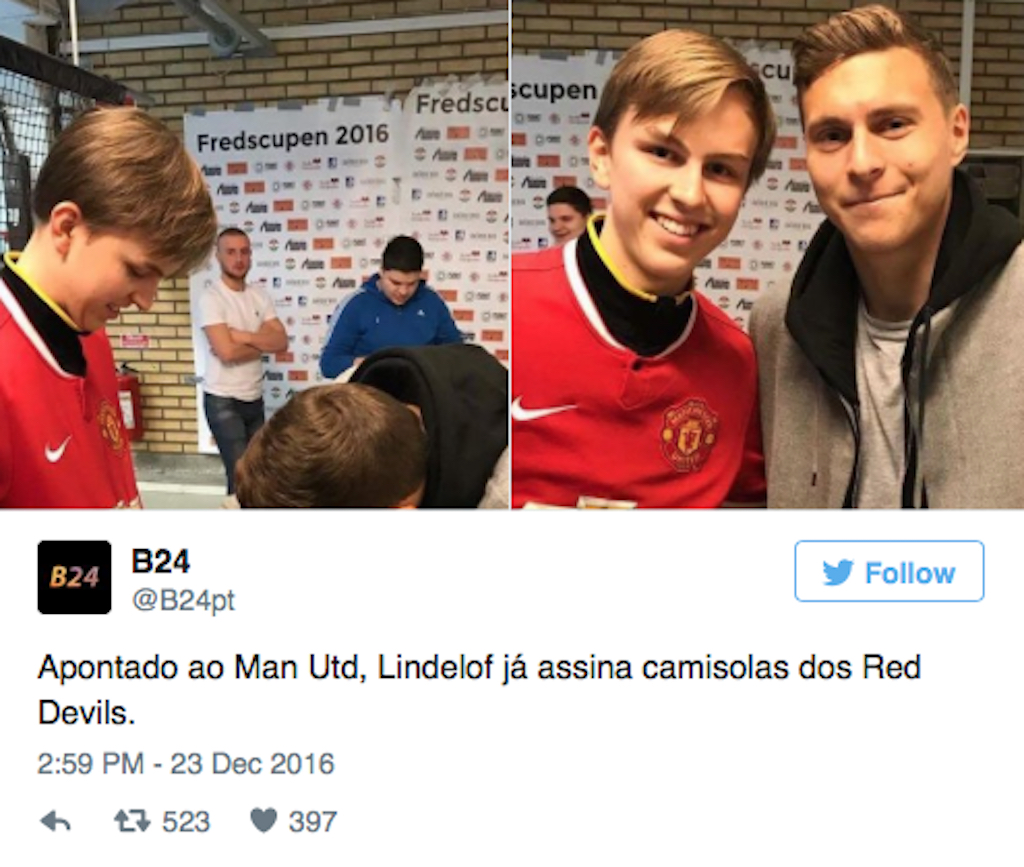 Manchester United have actually looked pretty solid at the back over the last few weeks but the absence of Eric Bailly due to the upcoming African Cup of Nations may have forced Jose’s Mourinho’s hand. It is yet to be seen whether he fully trusts Chris Smalling and Phil Jones has had so many injuries that another could be devastating for the club.

And despite the great form of Phil Jones and Marcus Rocco it is easy to imagine Manchester United having an imperious defense in the long term if they have Lindelof and Bailly at the back, in the centre of defence.

It would be the most solid of platforms on which to build another great Manchester United side.

Manchester United fans: do you really need to spend this sort of money on another centre back or have you go enough quality there already?