Manchester United fans worldwide will breathe a huge sigh of relief if the club can finally get a deal over the line for Paul Pogba this week as is being widely reported.

With rumours suggesting that Real Madrid had got involved yesterday the deal was thrown into doubt but the latest reports suggest that Pogba is almost in the bag for Manchester United and the player himself seemed to tease his new fans with this image, posted on Instagram yesterday. Far from feeling the pressure about the move, Pogba seems to be relishing the limelight. 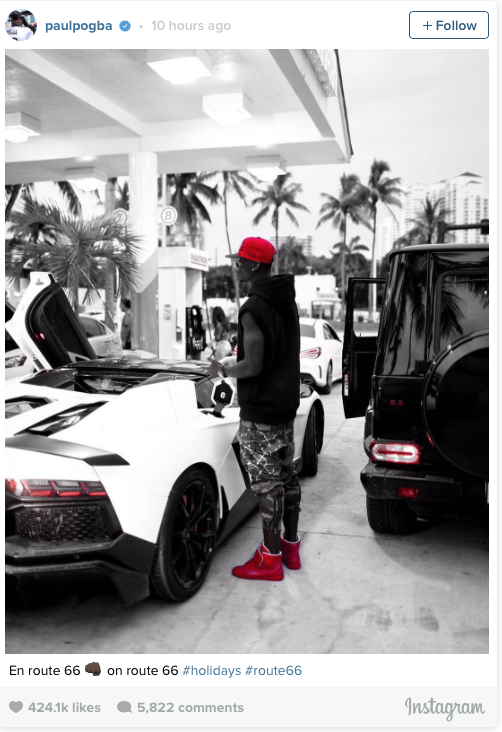 If the deal is done Manchester United can begin to dream of dominating Europe once more – their squad has a great average age and has undergone complete facelift since Louis left with big hitters and first team starters like Zlatan, Henrikh and Bailly coming in.

If and when the dust settles on Pogba the attention will turn to who Manchester United offload. There are bound to be several big name departures to part fund the Pogba deal.

The Daily Mail has reported that Manchester United will offload 9 players, all of whom were asked to train with the U21s today. They say:

If there is substance in these reports, it will come as a real shock to many that the likes of Cameron Borthwick-Jackson and Timothy Fosu-Mensah have been told to find new clubs – for this season at least.

We have a look at the other possible departures before the window closes.

Jose has said he can stay but a serious bid would surely be considered and Everton may fancy him. He would command £25-30m and this would begin to offset the Pogba outlay.

TFF felt that he might be a Jose type player with his strength and will to win. But he was shocking against Dortmund and his defensive work leaves a lot to be desired.

A decent bid will see him depart

Some believe that Jose would like to hold on to a player of this size – someone who can muscle in with decent cameos when backs are against the wall and other players’ elbows are tired. But Mazza sadly embodies the dark years at United and he would fetch decent money if sold this summer.

His adaptability may keep him in the squad but the player himself may fancy more of a central role than he will get at Old Trafford this season.

Both decent utility players but at least one will be susceptible to a transfer. Valencia was another who had a shocker against Dortmund.

United fans: who stays and who leaves?