The headlines today state that Borussia Dortmund are unwilling to budge on their stance that Armenian midfielder is not for sale this summer.

The playmaker has just over a year left on his contract and the feeling is that he won’t sign an extension.

Indeed the player seems keen on a move to Manchester United this summer with his agent calling the potential transfer:

“Manchester United is a unique opportunity, Micki wants to go there,”

And TFF feels that, in an era of tremendous player power, this story has some way to run. We would go as far as to say that we feel it’s likely he will eventually sign for Manchester United.

But Borussia have been known to dig in their heels before and are themselves a massive club.

But how would Henrikh Mkhitaryan fit into the side? Well he is known primarily as a number 10 who likes to float behind the main striker and assist as well as scoring goals. He has scored 84 in just 240 games for Shaktar Donetsk and Borussia Dortmund over the last 5 years.

He can also play as a winger and we all know that Manchester United could use some more quality out there.

So, with Zlatan fully expected to arrive at Old Trafford this summer, it would be a case of playing Henrik Mkhitaryan behind the Swede, with Rooney in midfield, or on the right wing with Wazza in the hole.

He can of course do both, depending on the opponent. But unless Manchester United sign a dynamic, forward thinking midfielder in the Pogab mould this summer then we believe Rooney will be asked to continue spraying the ball around from midfield next season.

We also believe that Marcus Rashford can be an excellent outlet on the wing next season and the Untied faithful will be hoping he gets a lot of minutes.

So here is our punt on United’s XI if they sign the superb Armenian. 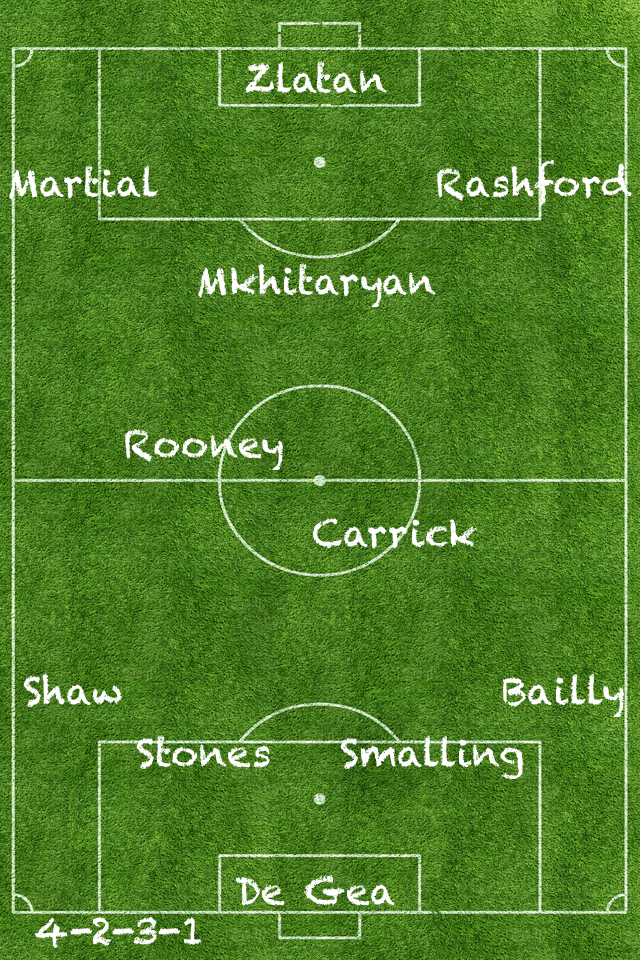