Louis van Gaal hasn’t always got it right at Manchester United. He has regularly frustrated the fans and confounded the critics with his selections and tactics.

But however the Louis van Gaal era ends at United (and it’s really not looking good right now) he will at least always be able to say that he was the guy who brought Anthony Martial to the club.

And increasingly it seems as if that, in itself, will be viewed as a remarkable achievement in years to come.

Because, throughout the gloom of another stop-start season of turgid, laboured and often ostensibly aimless performances, there has been one shining light. One player who has allowed those ever loyal to the club to dream about the future.

Particularly when Wayne Rooney was off-form earlier in the campaign, Martial regularly resembled a one-man team. He was often frustrated as 5 opponents surrounded him. They had little else to do, after all, in the face of an otherwise toothless attack.

But the 20-year-old has taken the fight to the opponent like no one else at United this season.

On Friday night against Derby it was like watching an old video of Ryan Giggs at youth level when he was so much better than the rest that it was almost unfair. No. It was unfair.

Martial persistently humiliated Derby as a top player should be expected to do against lower league opponents. 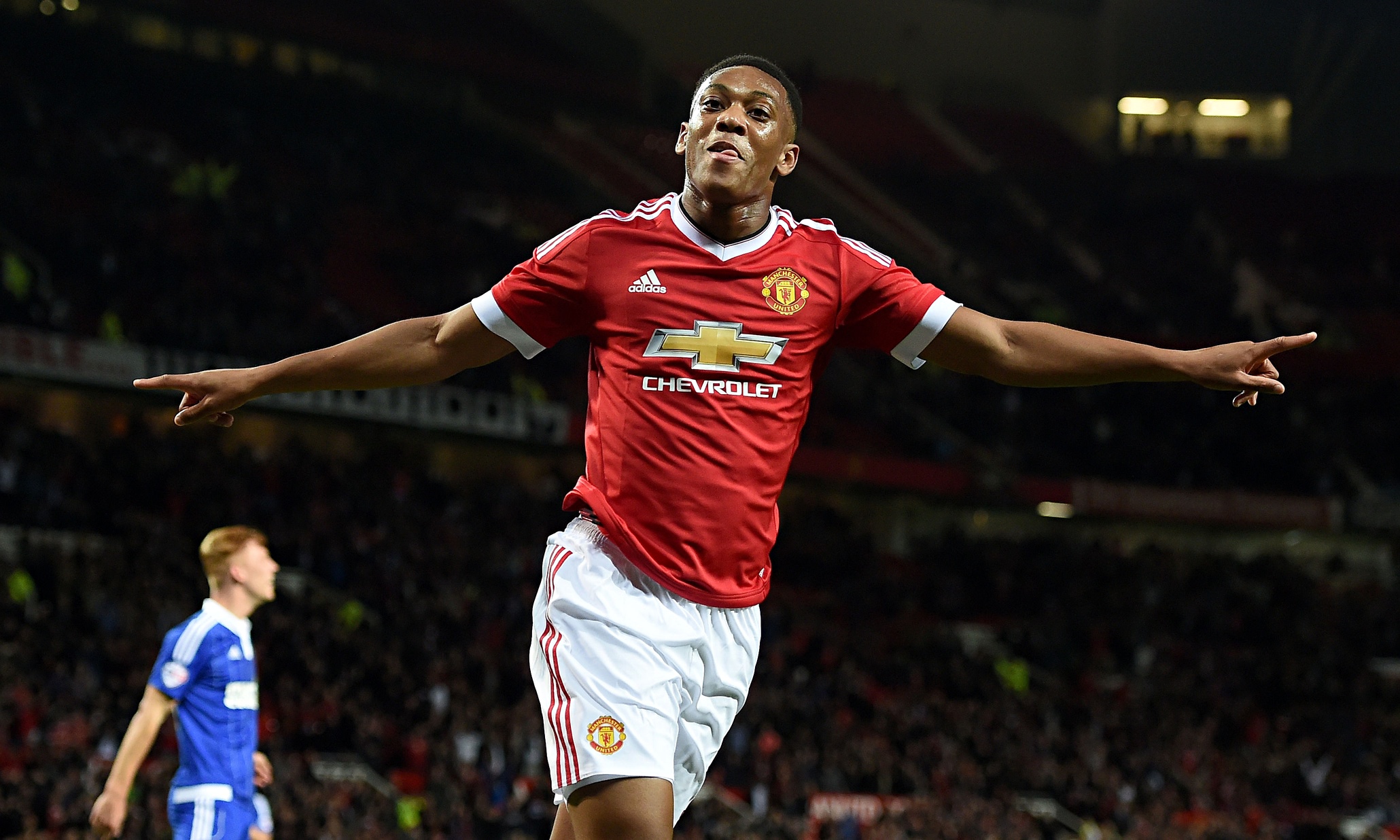 His ball control was exceptional and, time and again, he teased defenders by seemingly showing them too much of the ball before beating his man with another touch and getting a lovely final ball in.

This a player of the very highest calibre and if Manchester United don’t put a top team around him in the next few years then he will likely be tempted by the inevitable admiring glances from Spain and Paris.

But Martial is currently a Manchester United player who represents the very best attacking traditions of the club. And he is a pure joy to watch. United’s shining light in another season of comparative gloom.