The sports media has been awash over the last 24 hours with reports that Manchester United are in talks to sign Benfica centre back Victor Lindelof for around £38m.

The 22-year-old has been likened to Rio Ferdinand and could have ten great years ahead of him in the game.

With a price tag of this size for a defender TFF imagines he will be starting games pretty quickly. But, with the defence coping so well right now, who would make way?

Has been a revelation in the absence, through injury, of Chris Smalling and Eric Bailly. He has led the line brilliantly and shown himself to be a great centre back in the making. But, if Lindelof comes in, he will have a massive job on his hands to stay in the team.

Was Louis van Gaal’s go to guy last term and even wore the captain’s armband on occasion.

But Jose doesn’t seem as keen and it remains to be seen whether Smalling can become a top player with the ball at his feet.

Until his recent injury he was easily one of Manchester United’s players of the season. He’s so composed and clever for one so young and he looks as if he could be the perfect partner for the ball-playing Lindelof.

Although TFF did tout Rojo as a Mourinho style player early in the season, with his no nonsense style of play, the Argentine has still been a surprise package with some consistently excellent displays alongside Jones in defence.

But he may have to settle with the tag of ‘utility man’ if the Swede does join United.

So here is TFF’s stab at Manchester United’s best XI if Lindelof comes in. And it has to be said this is a pretty tasty side. 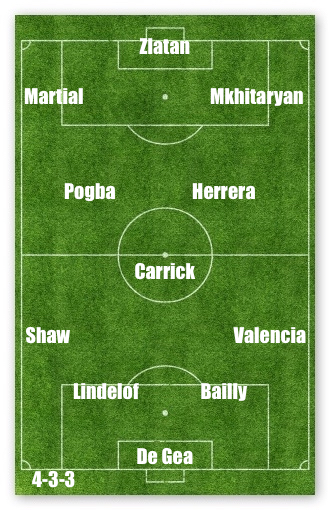