Manchester United fans will be feeling comfortable about this game and new manager Jose Mourinho will probably rest some players ahead of a crucial match up game against Liverpool at Old Trafford on Sunday. A game that Manchester United surely must win if they want to get into the top four and have any chance of a title tilt.

But it has been increasingly evident over the last few months that the Portuguese manager has a great depth in his squad already.

The likes of Juan Mata and Wayne Rooney haven’t had much of a look in over the last few months but they came into the side and played brilliantly in recent times when they have had the chance of cameo appearances.

And we expect both to start tonight along with other squad players such as Marcus Rashford and Jesse Lingard.

Hull have just appointed a new manager after Mickey Phelan was sacked 10 days ago and they will surely be vulnerable and there for the taking if Manchester United have a go at them from the start.

TFF expects a comfortable win for the Old Trafford side in what should set them up beautifully for the second leg.

With one eye on the Liverpool game this weekend here is how we think Manchester United will line up against Hull and it is still a very strong looking team.

Manchester United fans – is this the side to get past Hull comfortably? 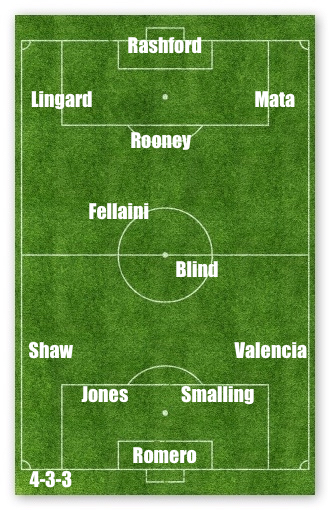