We at TFF like to stick our necks out in terms of football prophesy. It often backfires but it’s more fun that way!

We have said it before and we still believe that Memphis Depay could become the perfect project for new Manchester United head coach Jose Mourinho.

Depay looks to us like the classic ‘confidence player.’ He’s got sensational natural ability and has all the physical prowess to become one of the best in the world.

But we felt that, if anything, Louis van Gaal destroyed the fragile confidence of the player by leaving him on the bench for large swathes of last season.

Depay is raw and inconsistent. But so was Cristiano Ronaldo when he arrived at Old Trafford and we feel that Depay would have been better served by getting more game time last season to iron out the inconsistencies.

We can’t help but sense that Sir Alex would have played him through the inexperience like he did with Ronnie.

Memphis, who joined Manchester United for £25m last summer, posted this picture on Instagram as he puts in the hard yards ahead of pre-season. 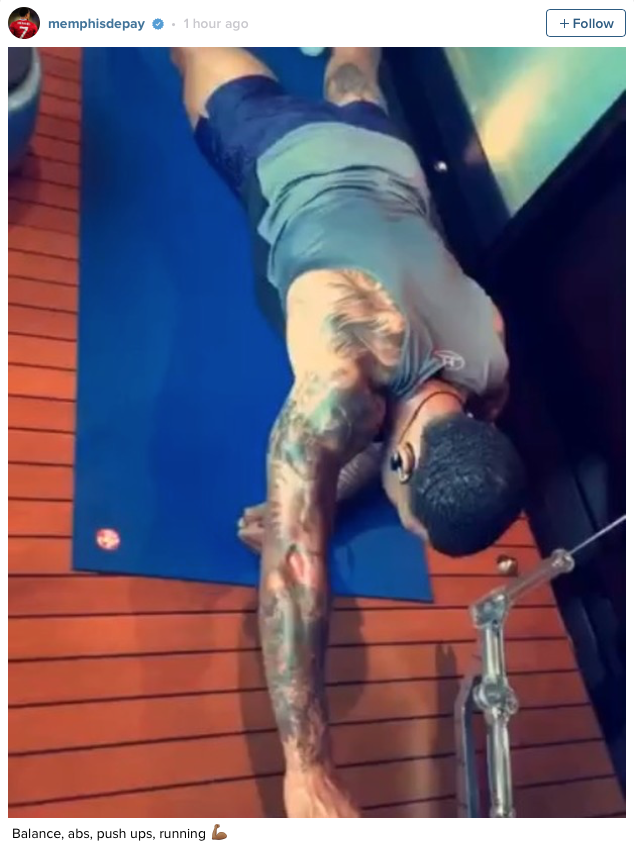 Many onlookers that we have spoken to believe that Memphis isn’t suited to Mourinho’s regimented style, where the wingers are compelled to track back and help out their full backs.

But we think that the youngster could become Jose next Eden Hazard with his pace, trickery and shooting ability.

What is for certain is that this is a crucial season in the Manchester United career of Depay. Another poor campaign and he will surely be on his bike.

Manchester United supporters: can Depay grow into a world-class star at Old Trafford?