Having witnessed Barcelona’s defeat of Roma at first hand on a chilly night at The Camp Nou it’s safe to assume that they will be contesting the latter stages of The Champions League again this season.

Having embarrassed Real Madrid at the weekend you would have to say that, on form, only Bayern Munich can give them a proper game right now.

Roma didn’t get a touch for the first ten minutes and, by the hour mark, Barcelona were teasing them like a cat toys with a groggy and powerless mouse. We were somewhat surprised to see that Barcelona only had 75% possession because this game was as one-sided as you will see at the elite level of modern football.

And we aren’t talking about a minnow opponent here. Roma are just three points off 1st place in Serie A and are fighting for a place in the knockout phase. Their team included the likes of Pjanic, Dzeko and Keita. But they were simply chasing shadows from the kick off.

And, while the whole team functions as one seamless and fluid entity, Barcelona’s game is increasingly about the front 3.

What we noticed about the best footballer that the world has ever seen is that he doesn’t seem to do an awful lot of running.

While some of the top players on the planet still need to work their socks off in every game, Messi strolls around the pitch, rarely breaking sweat.

He conserves his energy for those regular, brilliant bursts which decide so many games. He doesn’t look short of match fitness or real rhythm after his injury because he’s all about technique – the ultimate hunter, biding his time until the right opportunity presents itself. 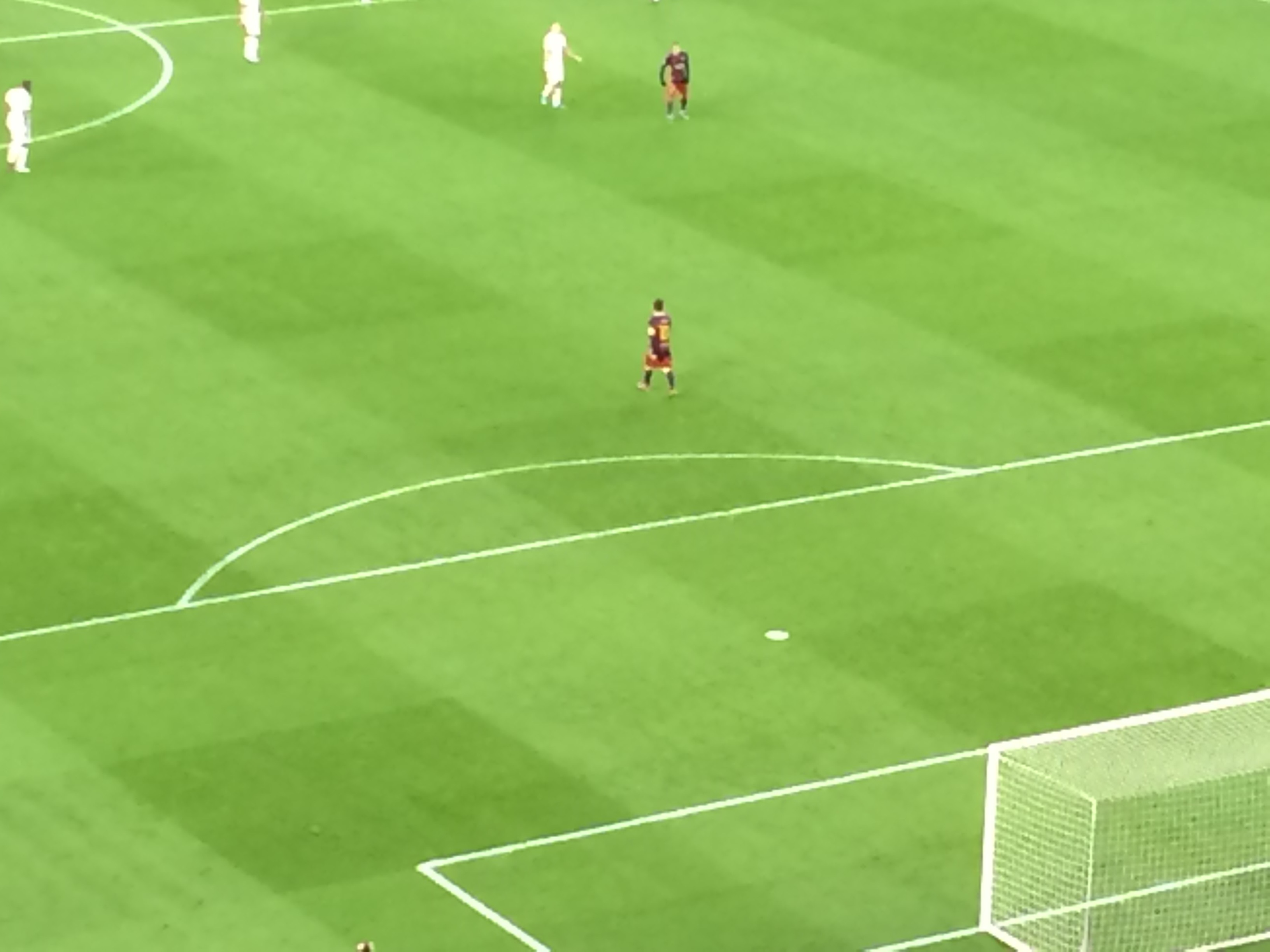 He took a little while to settle in at Barcelona but, as well as all the goals, perhaps the best asset of Suarez is that he seems to improve those around him.

His energy, pace and particularly his movement makes the game easier for his peers. He works tirelessly to create space for others and we feel that he has turned out to be one of the most important Barca signings in the lat ten years.

Suarez was the perfect acquisition to get Barcelona through their transfer ban. 9 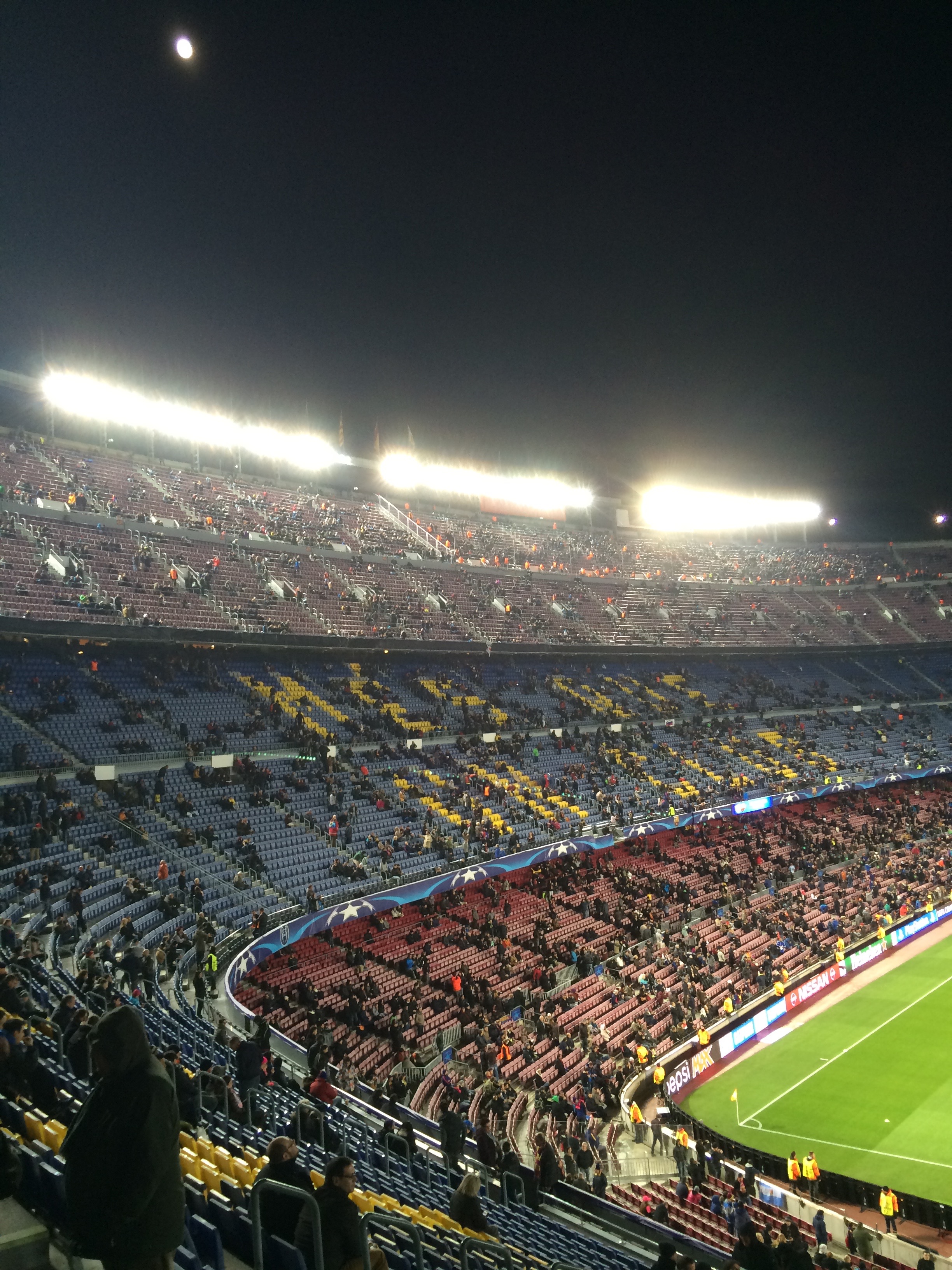 Perhaps rather contentiously, we have always viewed Neymar as inferior to the other two forwards at Barca. His touch sometimes let’s him down and he is the most likely to sky a shot miles over the bar run into trouble rather than passing.

But on Tuesday night he was at his tricky best with a final ball to go with all the flair. 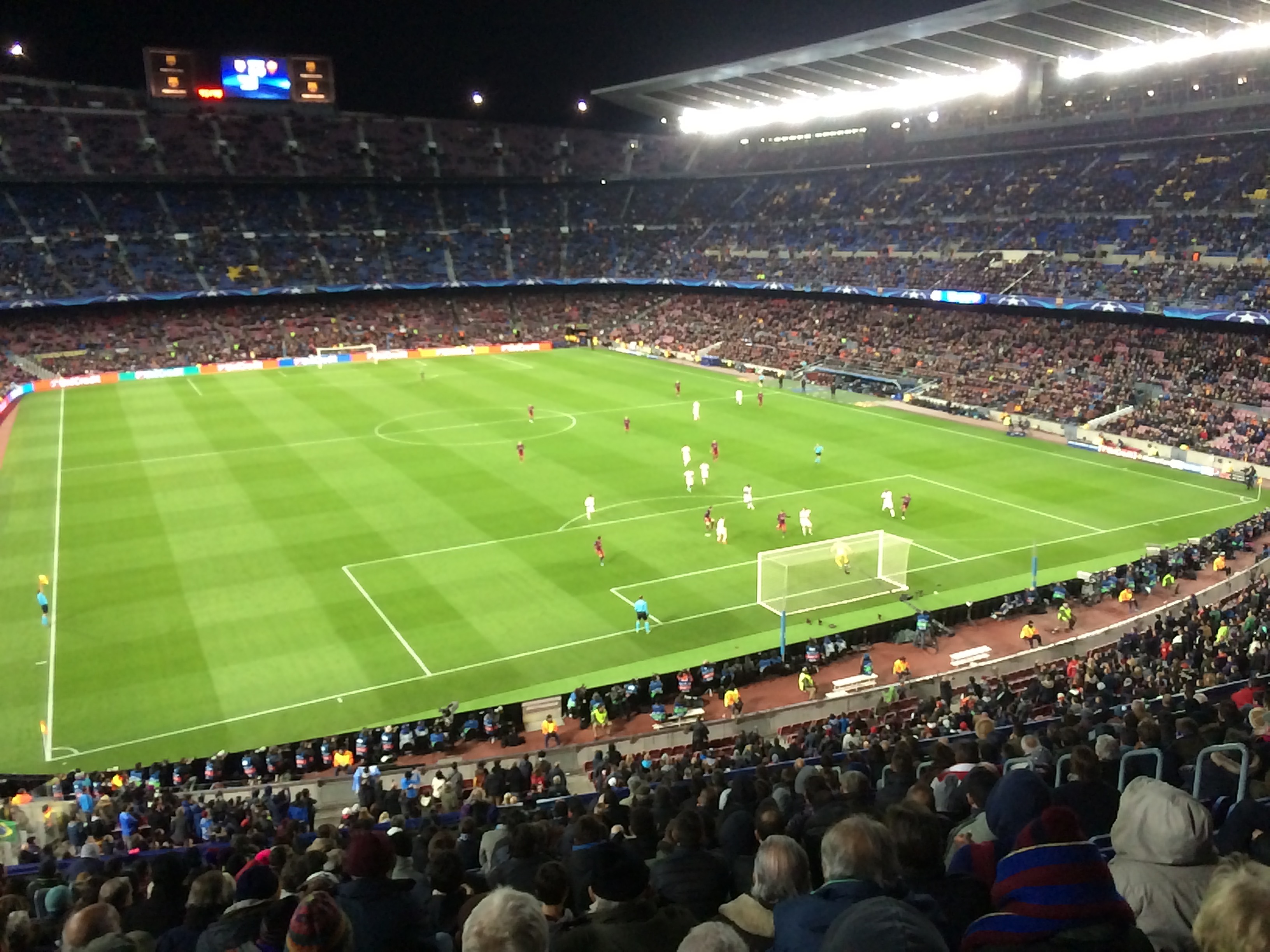 Time and again he made fools of the Roma defence to get to the byline and tee up a team mate beautifully.

Neymar was a wonderful provider on Tuesday and deserves as many plaudits as his fellow front men. 9

TFF Man of The Match: Neymar was at his bewitching best but Suarez gave the perfect performance – scoring two and assisting a couple more.