Arsenal’s 11 game winning run was ended by Crystal Palace last weekend and then the Gunners returned to winning ways by beating Blackpool on Wednesday night.

Next up, the north Londoners will collide against high flying Liverpool, who won their last league contest 4-1 against Cardiff City at Anfield.

As far as Arsenal’s team news is concerned, summer signing Guendouzi was sent off in the midweek League Cup tie and he is out of the game vs the Merseysiders. Leno should replace Cech in the goal.

In the absence of Monreal, Xhaka has started in the left back position and since the Spaniard has not recovered as yet, the Swiss midfielder should start in the back line again.

We can expect Welsh star Aaron Ramsey to start in the center of the park with Uruguayan international Lucas Torreira.

As far as the attack is concerned, Aubameyang, Ozil and Iwobi will likely start behind lone center forward Lacazette. Here is Arsenal’s probable 4-2-3-1 XI vs Liverpool. 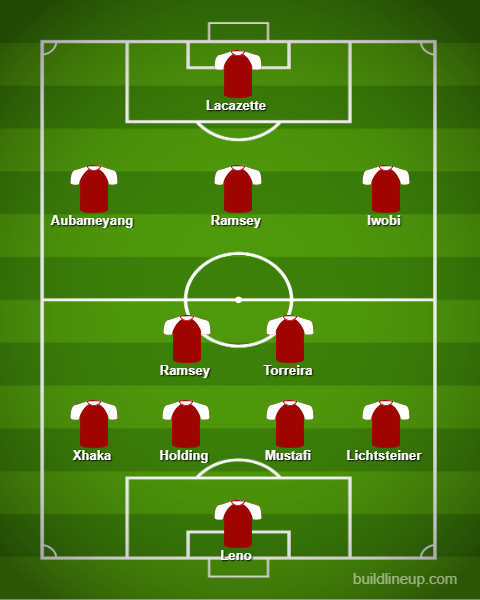