Arsenal have won their last eight games in all competitions and should be considered favorites to extend the run when they face an out of form Fulham side.

The Cottagers are currently 17th in the table and lost their last league game vs Everton 0-3.

Unai Emery is expected to make a few changes in the team that started the contest vs Qarabag in the Europa League on Thursday night. The former PSG boss started a three at the back formation in the mid-week fixture and it is likely that he will switch back to the usual 4-2-3-1 formation for the game against Fulham.

Star striker Aubameyang was ill during the week therefore, we expect Armenian international Henrikh Mkhitaryan to start in the attack with the likes of Mesut Ozil and Aaron Ramsey.

As far as the midfield is concerned, the likes of Granit Xhaka and Lucas Torreira should return to the starting lineup.

Cech is out injured and Leno should retain his place in the starting XI after keeping a clean sheet vs Qarabag. In front of the German goalie, Bellerin, Sokratis, Mustafi and Monreal should start in the defense. 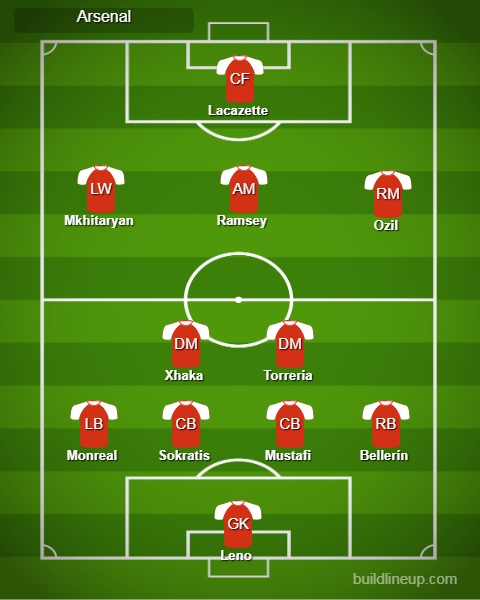