Manchester United recorded an excellent win away in their semi final first leg against Celta Vigo in the Europa League on Thursday night.

But a 1-0 scoreline didn’t really reflect their overall dominance and some familiar failings were once more exposed.

Because Manchester United had the chance to bury the tie with four or five excellent chances through the match.

But, as has been the way for much of the season, they failed to turn territorial dominance into goals.

One of the culprits was Henrikh Mkhitaryan who had a good game but failed to score. He seems to waste a lot of chances despite his excellent build up play and he will be weary of the fact that his place in the side will be under pressure when new forwards come in this summer.

Nevertheless he took to Twitter in buoyant mood to entice the United faithful about the prospect of a second leg feast at Old Trafford. 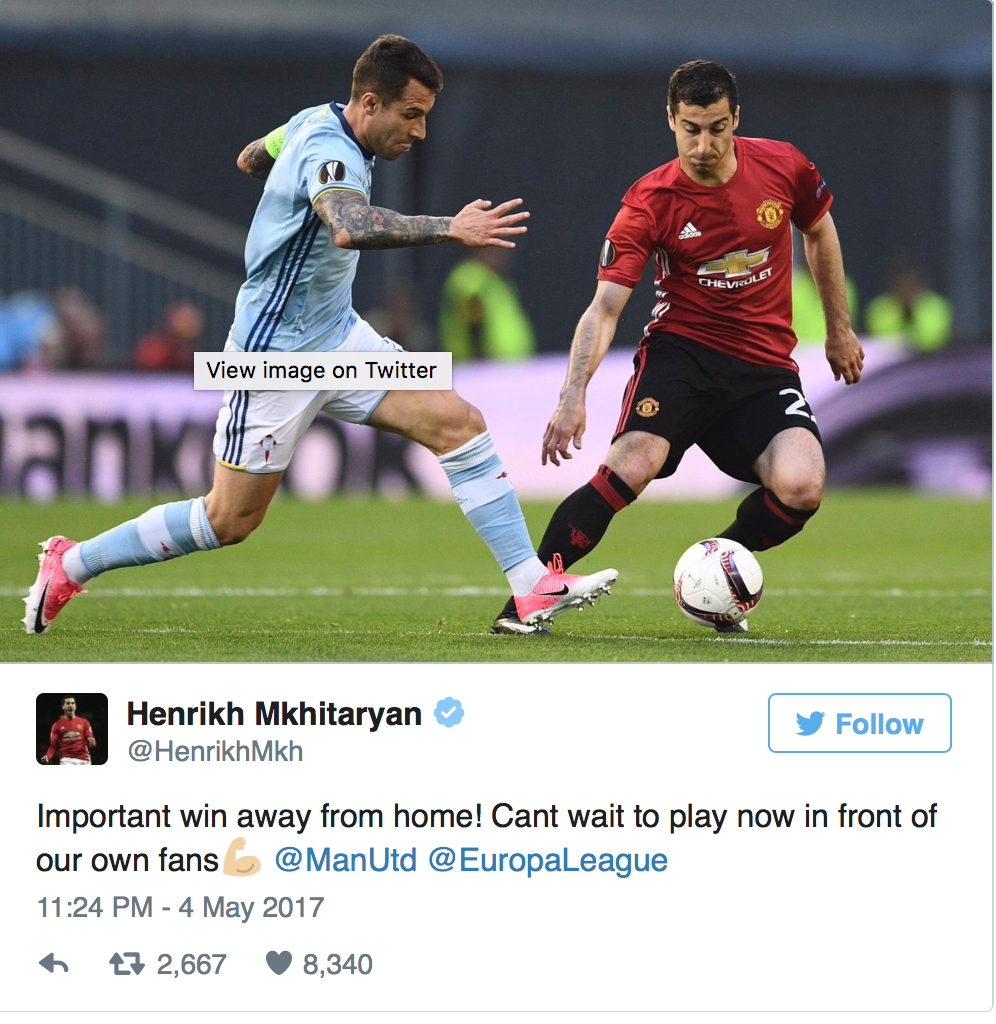 Jose Mourinho will be mindful of the slender advantage that Manchester United are taking into the second leg. But based on the superiority of United in every department in Spain United should cruise through into the final now – if they can convert more of the gilt-edged chances that they are regularly creating for themselves.

Manchester United play the second leg of their Europa League semi final on Thursday 11 May at Old Trafford, Kick Off 20:05 local time.