Bournemouth defeated Fulham in the last league contest and yesterday, they defeated Norwich in the Carabao Cup. Next up, the Cherries will collide against Manchester United on Saturday.

The Red Devils won against Everton at Old Trafford last weekend and they will be looking to win back to back league games for only the second time this season.

Bournemouth have been in top form in the current campaign. After 10 games, they have 20 points, 3 points above Manchester United, and so far, they have outscored every team outside of the top four.

As far as Jose Mourinho’s team news is concerned, the Portuguese boss may make only one change in the starting XI that played vs the Toffees.

Expect Lingard to return to the starting lineup in place of Brazilian star Fred. The England international could start on the right wing in a 4-2-3-1 formation. Mata should start in the No. 10 role and Martial should retain his place on the right wing.

Rashford might get the nod to start ahead of Lukaku again. Here is Man Utd’s strongest possible 4-2-3-1 XI vs Bournemouth. 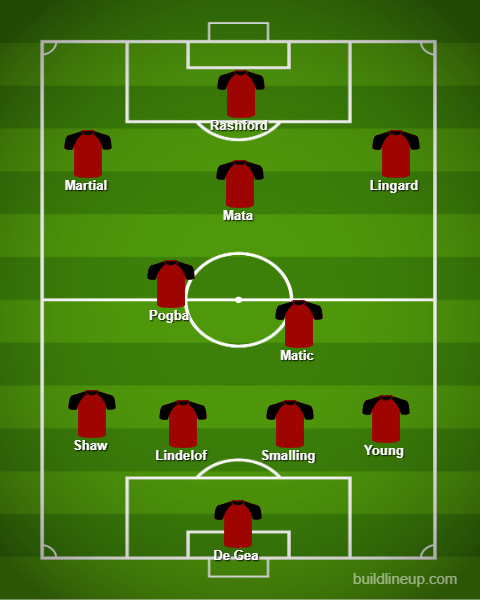