Belgian international and Manchester United star Marouane Fellaini has revealed a drastic new look ahead of his 31st birthday.

The former Everton star has been renowned for his afro hairstyle over the years and he has now shaved it off.

Fellaini has mainly played as an impact sub for United under the management of Jose Mourinho. This season, so far, he has made 13 appearances in all competitions for the Red Devils, scored 1 goal and provided 2 assists.

Last weekend, he played for 90 minutes against Manchester City with a blonde afro. Now, in all fairness, it is a little hard to recognize him in the new look.

The 6 ft 4 midfielder revealed his new look on Instagram with a caption “New year, new look. #birthday”. The picture is provided below. 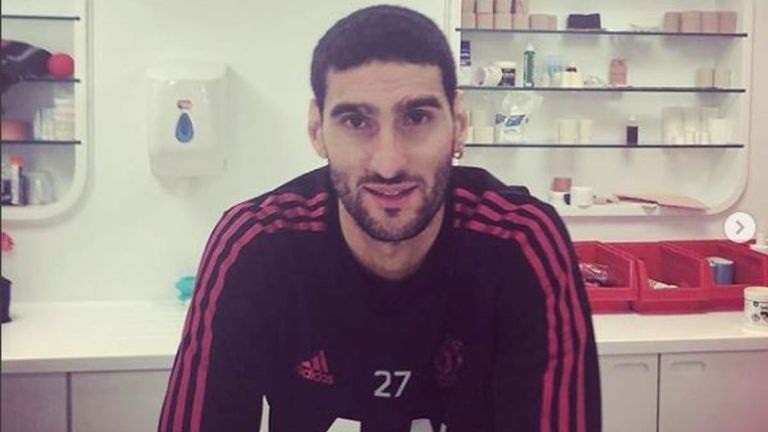