It all just feels as if it’s falling into place at Manchester United again doesn’t it?

All the other pretenders have had their fun at Manchester United’s expense for the last three years. The home drubbings. The terrible performances. And the major silverware going elsewhere.

But now Jose is in his ‘new house’ as he puts it and you simply can’t imagine United being a laughing stock for much longer.

It flies in the face of anyone who thinks that Jose is shy that he has started his own Instagram account to document the more private parts of his life and career – the inner workings.

And his latest offering is a picture of his new office at Manchester United’s new Carrington training ground. 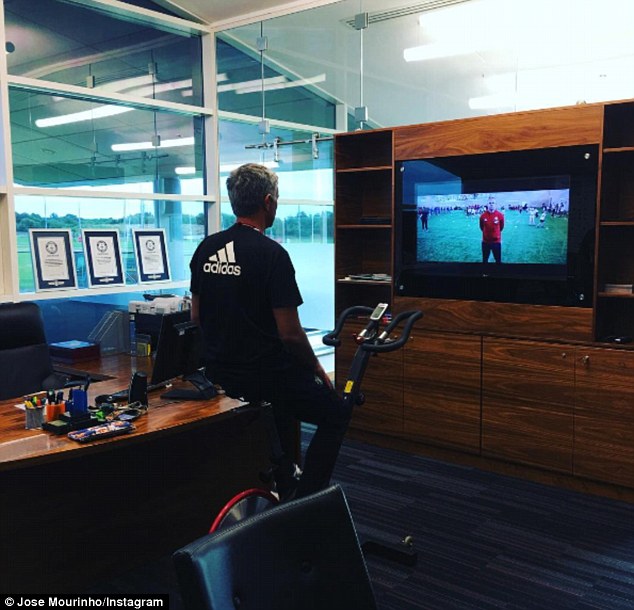 If you think Jose Mourinho is going to leave Manchester United within three years, as with every other job hitherto, then think again.

Because, after three years of Post-Fergie turmoil, TFF thinks that Manchester United fans can afford to sit back and simply enjoy the next five years when The Empire Strikes Back with Jose at the helm and proving to be the true heir to Sir Alex.