He’s not only raised the bar by saying that he wants to win everything at Manchester United. But he has done some of the best trasfner business that the Old Trafford club has seen in a decade.

Zlatan could turn out to be the bargain of the season – not just for Manchester United but in The Premier League as a whole – with 2 goals in his first 3 games for the club with a sense that he hasn’t even warmed up.

And Eric Bailly looks like the real deal already. And while we are still awaiting some real flashes of brilliance from The Bundesliga Player of the Year for 2015/16 we are big fans of Henrikh Mkhitaryan. 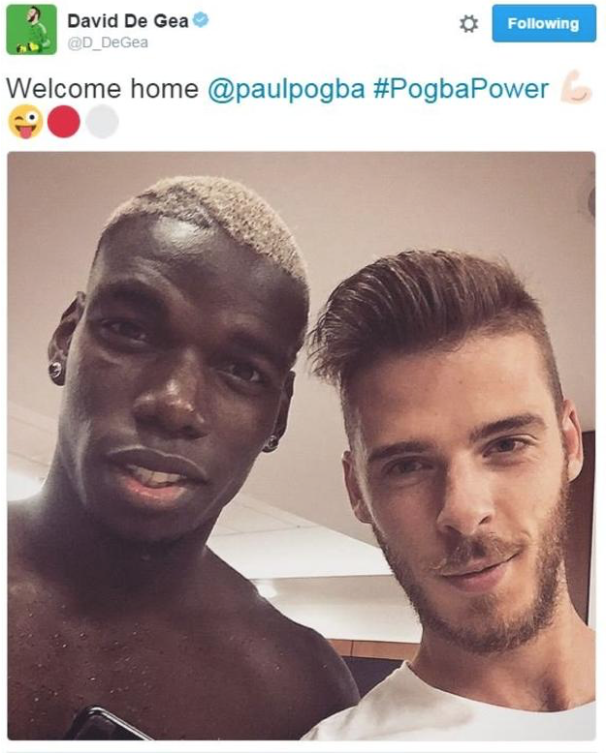 And then there is the capture of Paul Pogba – the Hollywood signing that has made a massive statement to the world of football that the sleeping giant is about to awake.

David de Gea took to Twitter to offer a selfie of him and Paul Pogba to the fans and it makes TFF wonder whether we are looking at the two best players in the world in their positions.

We have no doubt that De Gea is the best keeper on the planet. He’s as good a shot stopper as Manuel Neuer but holds on to the ball more often and has cat-like agility and instincts.

As for Pogba there may be more accomplished midfielders but none who offer the breadth of talent of this man.

Passing, shooting, tackling, dribbling and harrying – Pogba is already a monster and is only going to get better.

If Manchester United can hold on to these two for the next 4 years then the club should be dripping with trophies again before long.