It seems that every man and his dog at Manchester United got their phone out to take a picture of the squad boarding the plane for their preseason tour of China. 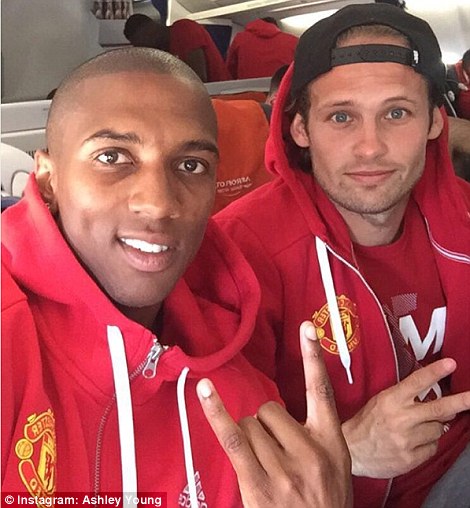 While new manager Jose Mourinho looked pretty sincere many of the other players were in great form and it looks as if the new Portuguese coach of Manchester United is garnering a good team spirit. 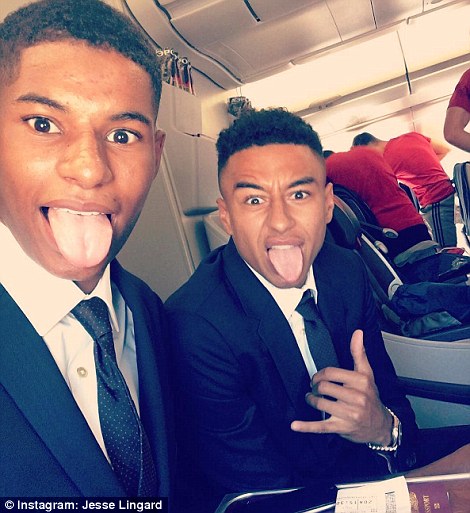 Jesse Lingard resorted to sticking out his tongue again in a pose that he may well come to regret later in his career. 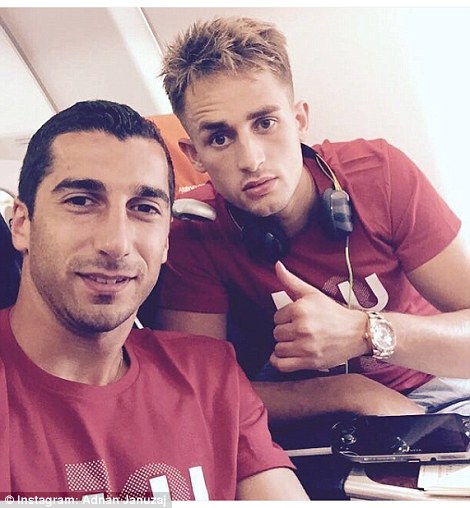 Luke Shaw and Phil Jones looked fairly business like in what could be make-or-break season for them at Manchester United. 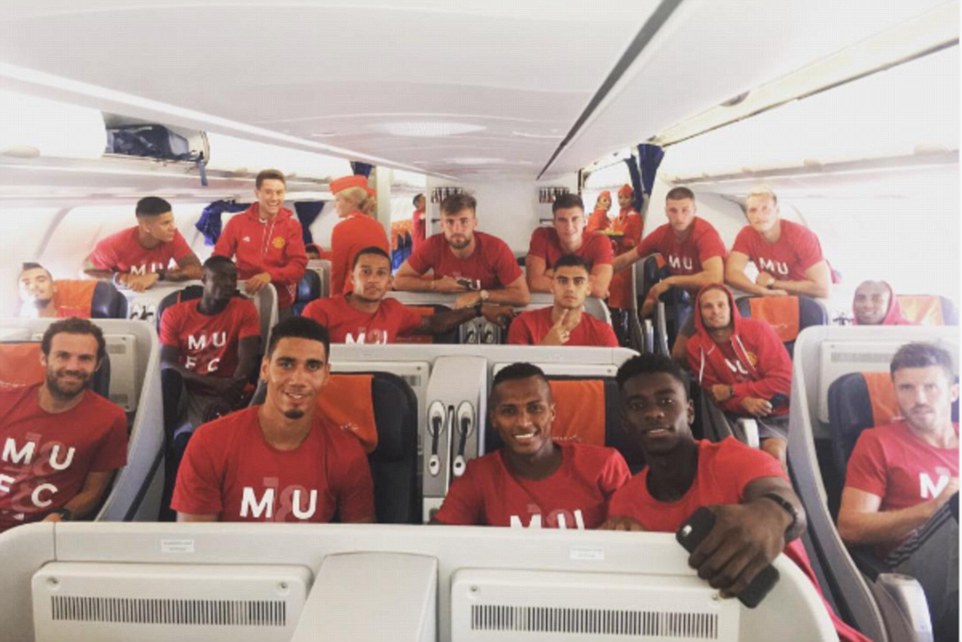 And the Spanish contingent of David de Gea, Juan Mata and Ander Herrera looked as pleasant and cordial as ever. 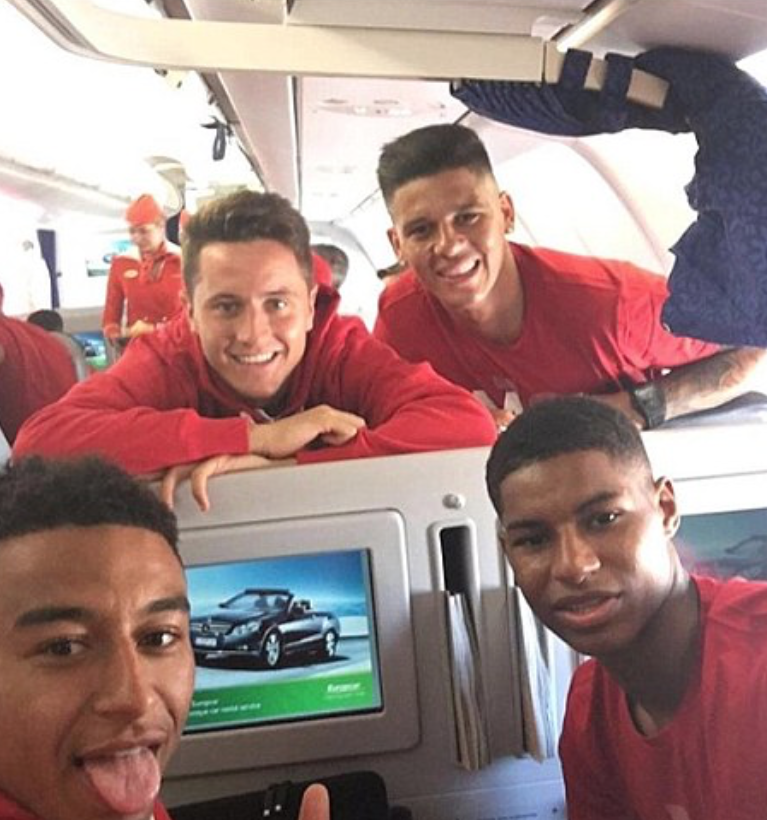 Manchester United begin their preseason tour of China on Friday when they face the German giants Borussia Dortmund in the early afternoon kick off (BST). 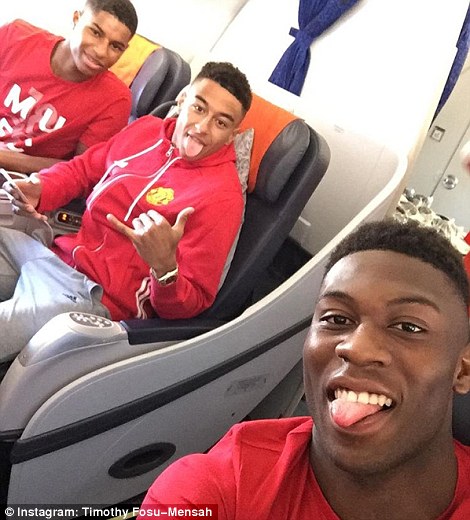 Jose Mourinho then get to renew rivalries very quickly with his old foe Pep Guardiola as Manchester United take on Manchester City on Monday before returning home to Manchester after a mercifully brief tour – and it seems that Mourinho has Louis van Gaal to thank for that after the Dutchman complained about the length of last season’s tour and preparations.