After winning seven league games in a row, Arsenal have drawn their last two games vs Palace and Liverpool respectively.

The north Londoners will be looking to get back to winning ways when they face Woverhampton on Sunday. The Wolves are currently 11th in the table and they have lost their last three games in the Premier League.

As far as the team news is concerned, the Gunners should make quite a few changes in the team that started the Europa League game vs Sporting CP. We can expect star players to return to the starting XI.

Read: Contact made – Arsenal could get key signing done for £13m+

The likes of Ozil, Aubameyang and Lacazette should return to start in the attack for Unai Emery.

As far as the midfield is concerned, Torreira and Xhaka should return and replace the likes of Ramsey and Guendouzi.

In the back line, Bellerin, Monreal and Mustafi should return in the starting XI. Moreover, German goalie Leno should replace Cech in the goal. Here is Arsenal’s predicted 4-2-3-1 XI vs Wolverhampton. 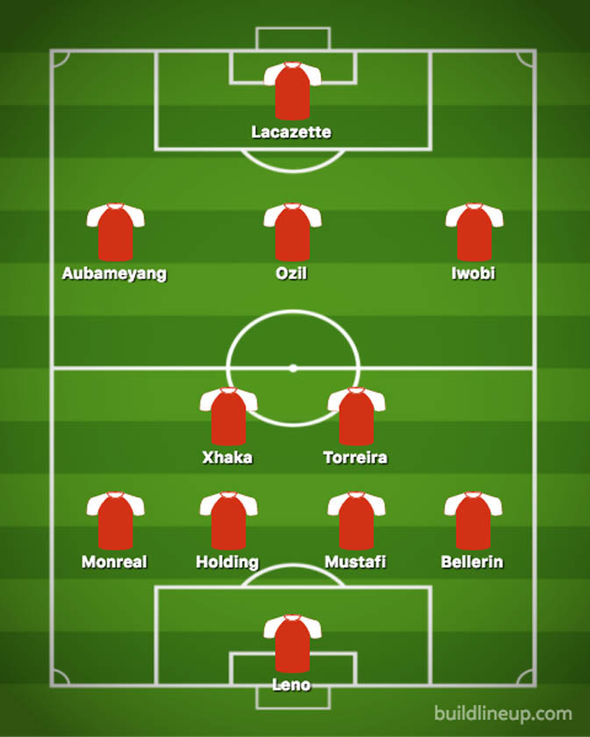