Manchester United could only get one point vs Chelsea in the last PL game and in the midweek Champions League contest, they were beaten at home by Juventus.

As far as Everton are concerned, they have won their last two league games and at the moment, they are one point and two postitions above the Old Trafford club in the table.

As far as Man United’s team news vs the Toffees is concerned, Jose Mourinho will likely start most of his players that started on Tuesday night vs The Old Lady.

Former Everton center forward Romelu Lukaku has been in terrible form lately and he must be ousted from the starting lineup. Marcus Rashford should start as the lone center forward up front in place of the Belgian international.

Juan Mata and Anthony Martial should start in the attack behind the young center forward.

In the center of the park, Brazilian star Fred should return to partner Pogba and Matic. The defense should remain unchanged in front of Spanish goalie De Gea. 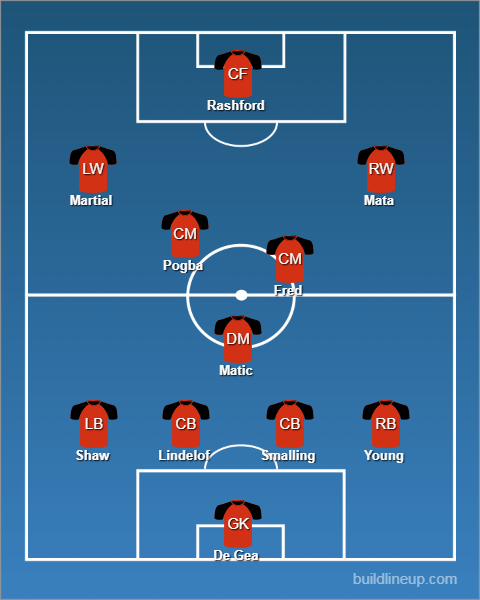