Reports in the European media today suggest that Juventus are ready to reject a massive bid from Real Madrid for their star man Paul Pogba, as one of biggest potential will he won’t he moves of the summer creaks into action. Sky Sports wrote earlier:

The answer for TFF is that he probably will this summer. That is to say he and his agent, Mino Raiola, are perhaps ready for a new challenge and a big pay day.

Manchester United have been credited with an interest in bringing their former player back to the club.

But with Zinedine Zidane at the helm of Real Madrid, you have to assume that Pogba is most likely to end up at El Bernabeu come August.

So how might they accommodate the searing talents of the ever improving French kingpin?

As important as he has been to the club, Luka Modric will be 31 in September. But perhaps it’s Toni Kroos who has more to fear, as his form has been less electrifying this season. Still a top player, Kroos will get games for Madrid but Pogba could easily slot in alongside Modric in a slightly more attacking formation with Pogba playing the box-to-box role.

Alternatively, the youngster could be deployed further up the park to concentrate on causing the opposition defence untold anxiety. The future of James Rodriguez is not completely clear and Isco is perennially being linked with a move away from the club.

The third option is a slight change of formation. In the end, it doesn’t really matter where he plays – he’s a world class player.

But this is how we see Real Madrid lining up next season. What do you think? 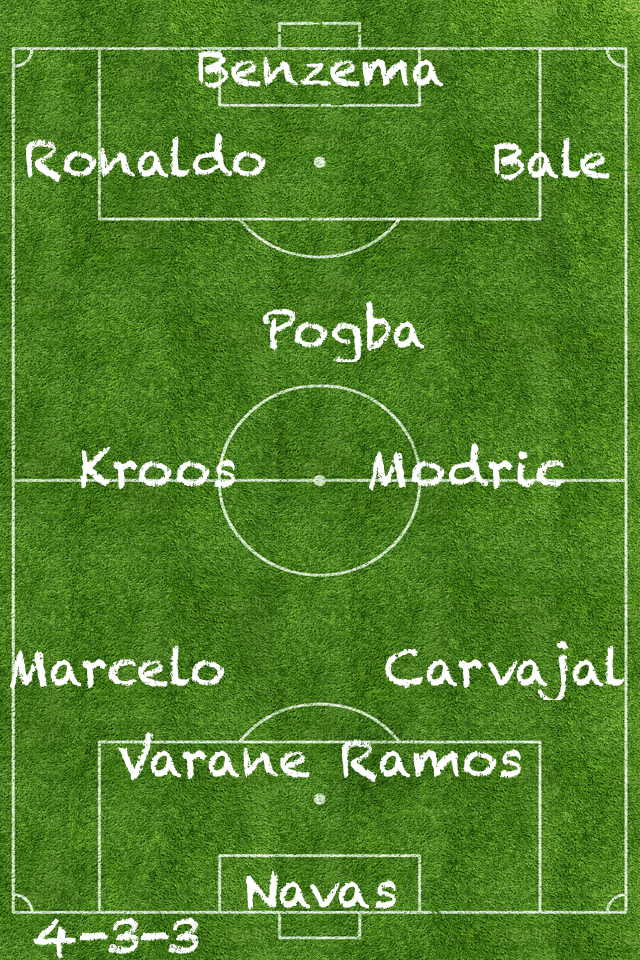