After six straight wins in the Premier League, Liverpool have drawn their last two games against Chelsea and Manchester City respectively and now find themselves in third place.

The Reds will be looking to hammer Huddersfield tomorrow to get back to winning ways. The Terriers have not won a single PL game this season and are currently in the relegation zone.

As far as Klopp’s team news is concerned, the likes of Milner, Salah and Van Dijk featured in the training photos (LFC) but key stars like Mane and Keita were absent, therefore, it will be no surprise to see them out of the starting XI tomorrow.

Swiss international Xherdan Shaqiri impressed in his first start against the Saints and he should return to the starting lineup. The former Bayern attacker normally plays on the right wing and at Anfield, Salah is the first choice right winger.

In the absence of Mane, we can expect Shaqiri to return and start on the right wing. Salah could move to the center forward position and versatile forward Firmino should play on the left wing. 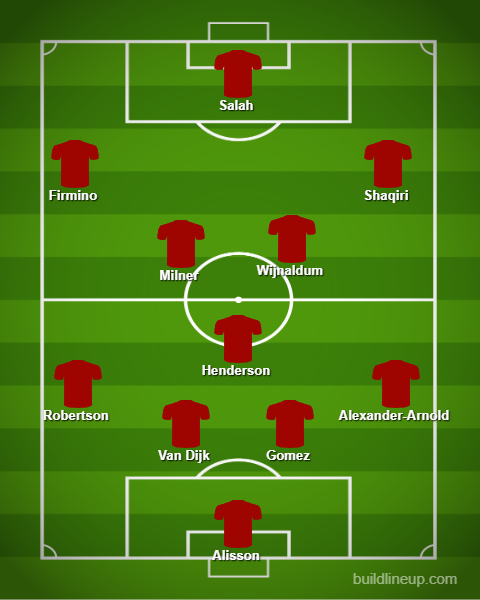