Manchester Unied suffered a heavy defeat against Manchester City in their last league game and next up, they will collide against Crystal Palace at Old Trafford.

The Eagles have lost five of their last six league games and therefore, the Red Devils should be considered favorites to earn all three points on Saturday.

Mourinho’s men are 12 points behind the league leaders in the table. It will be fair to say that they are virtually out of the title race and must focus on earning Champions League qualification for next season.

England international Luke Shaw has regularly started in the left back position for the Old Trafford club but he picked up his fifth yellow card of the season vs Man City and will be out of the contest vs Palace due to suspension.

As far as the injuries are concerned, the likes of Rashford, Lukaku and record signing Pogba are doubtful for the weekend’s clash (Manchester Evening News).

As far as the attack is concerned, Lingard and Martial could start in the wide positions, on the other hand, Alexis Sanchez will likely start as the lone center forward up front. 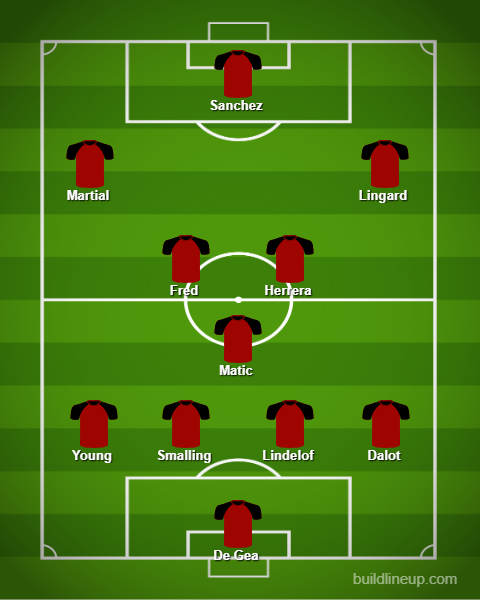