Arsenal have been in terrific form since losing the opening two PL games and they will look to continue the winning run when they collide against Leicester City on Monday night.

The Gunners are currently in fourth place with 18 points and on the other hand, the Foxes are in tenth position with 12 points. Who will come out on top at the Emirates?

As far as Emery’s team news is concerned, Greek defender Sokratis Papastathopoulos suffered an injury on international duty and he could miss the contest (ES).

In the absence of the former Dortmund player, Holding and Mustafi should play in the central defense. Bellerin and Monreal should retain their fullback positions in front of German goalie Leno.

The major good news for the north Londoners is that star playmaker Mesut Ozil, who missed the last game vs Fulham due to back spasms, will return to play vs the 2015-16 PL champions (Goal).

We can expect the retired German international to partner Aubameyang and Ramsey in the attack behind in form striker Lacazette. In the center of the park, the likes of Xhaka and summer signing Torreira should start. 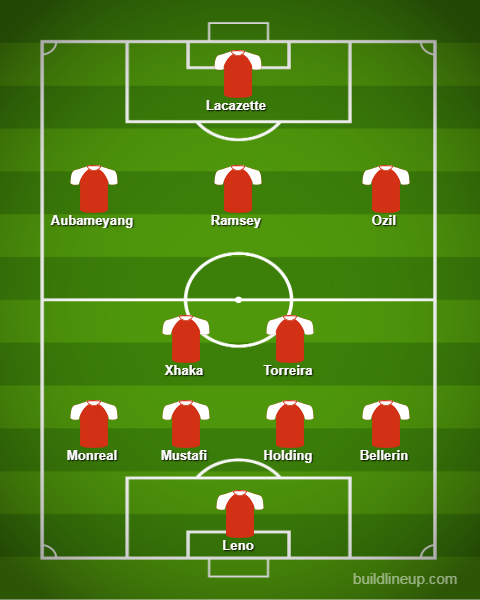