Chelsea defeated Derby in the midweek Carabao Cup tie and next up, the Blues will face Crystal Palace at Stamford Bridge in the Premier League.

Sarri’s men are currently in third place, two points behind joint leaders Manchester City and Liverpool. The Eagles were able to end Arsenal’s brilliant winning run last weekend. Can they stop Chelsea from earning all three points as well? We shall see.

As far as the team news is concerned, star playmaker Eden Hazard is set to return (Sky Sports) to face Palace and we expect him to start with Willian and Morata in the attack.

In the midfield, Italian international Jorginho and England international Barkley should replace Kovacic and Fabregas to start with Kante.

The likes of Alonso, Rudiger, Luiz and Azpilicueta should return to start in the defense and Spanish shot stopper Arrizabalaga should replace Caballero in the goal. 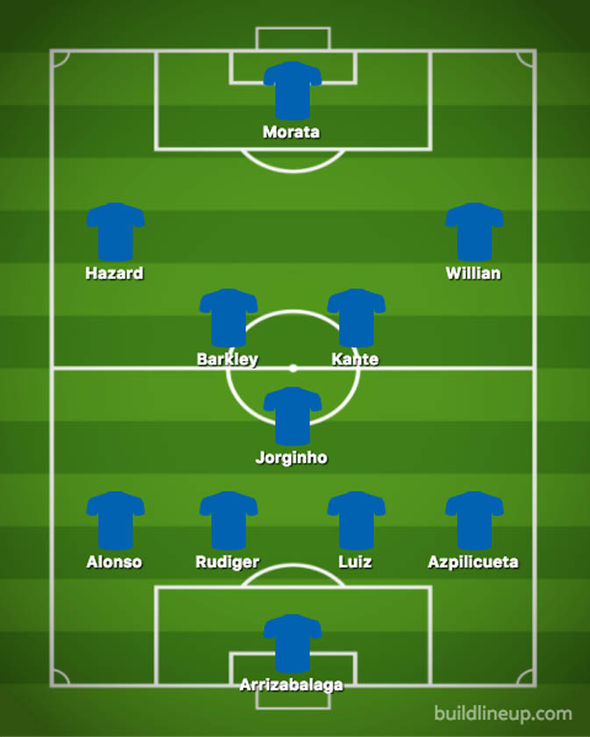