Chelsea could only earn a single point against Liverpool in their last PL contest and afterwards, the Blues won their Europa League tie versus Videoton.

Next up, Sarri’s men will collide against Southampton, who are currently 16th in the table and lost their last league game away from home vs Wolverhampton.

As far as Chelsea’s team news is concerned, the Italian manager is likely going to make several changes in the starting XI that played on Thursday night. We can expect, majority of the star players to return.

Star playmaker Eden Hazard should return to replace Pedro in the starting XI. Giroud could replace Alvaro Morata to start as the lone center forward up front.

In the center of the park, the likes of Kante and summer signing Jorginho could return. Sarri might completely change his back line and we can expect Azpilicueta, Luiz, Rudiger and Alonso to start in front of Kepa Arrizabalaga.

Here is how Chelsea could line up vs Southampton. 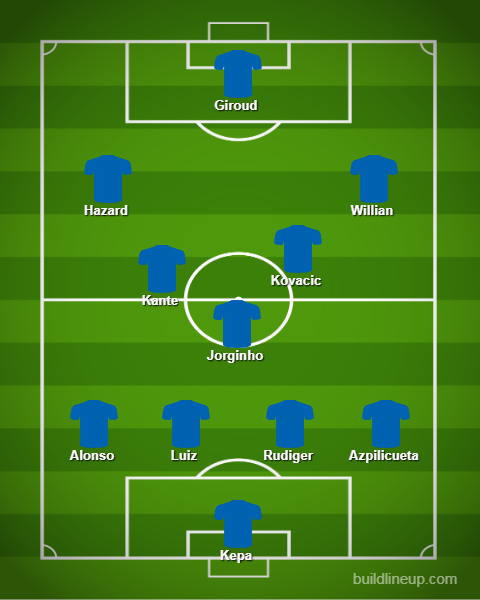