Liverpool could only get a single point against Arsenal at the Emirates and now find themselves in third place in the Premier League table.

Next up, the Reds will collide against Red Star Belgrade in the Champions League tomorrow night. Two weeks back, the Merseysiders defeated the Serbian team 4-0 at Anfield and they should be considered favorites to earn all three points again.

As far as Klopp’s team news is concerned, we expect the German boss to make at least three changes in the team that started vs the Gunners on Saturday.

Read: Liverpool have made move to sign £40million playmaker

In-form playmaker Xherdan Shaqiri should return to the starting XI. We expect the Swiss star to play on the right wing. Salah should start as the lone center forward and Firmino should start behind him in the No. 10 role. Mane will likely retain his place on the left wing.

Dutch international Georginio Wijnaldum should partner Brazilian midfielder Fabinho in the center of the park.

In the back line, Alexander-Arnold was poor against Arsenal and he should be replaced. Gomez should start in the right back role. Matip should return to partner Van Dijk in the central defense. Moreover, Moreno could return in place of Robertson. 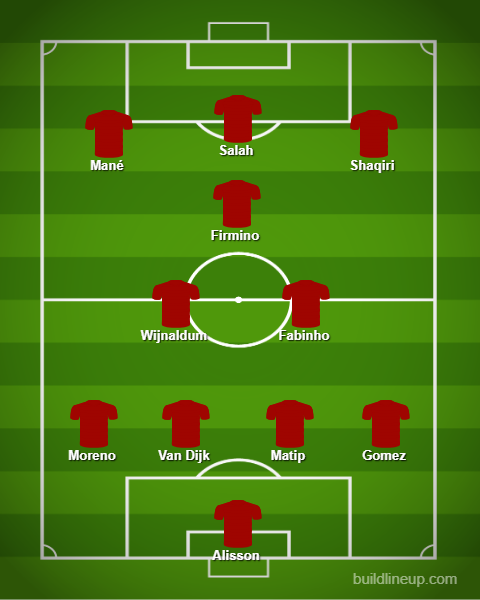