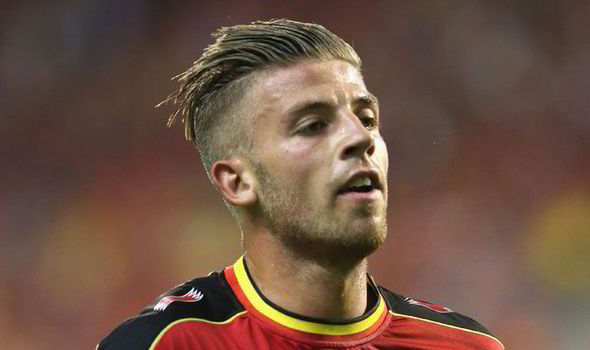 Tottenham have finally completed the signing of Belgian international Toby Alderweireld from La Liga outfit Atletico Madrid. But the move wasn’t without obstacle.

Spurs have appeared to be the most likely club to acquire his signature for some time. But, in a rather bizarre turn of events, Southampton made a last ditch stab at bringing him back to St.Mary’s.

The 26 year old enjoyed a successful year long loan deal at The Saints last season. But, just before he completed his deal with Tottenham, Ronaldo Koeman, et al, complained that Atletico were in breach of an agreement that they had with Southampton whereby the south coast club would have the option to sign the player on a permanent basis at the end of his loan deal.

Ultimately player power tends to prevail these days and the defender perhaps pushed for a move to Tottenham, where he now has a realistic chance of playing Champions Legue football over the next few years.

Tottenham Hotspur have announced the signing of Toby Alderweireld on a five-year contract from Atlético Madrid for a fee of £11.4m.

At 26 this guy is going to improve Tottenham noticeably. He can form a top partnership with fellow Belgian Jan Vertonghen in an area of the team that has been problematic for some time. Tottenham conceded 53 goals in the league last season and their defence is seen as a major reason why they didn’t have a serious push for the top four come May.

But it’s a great signing for Tottenham and we think that they will now concentrate on the acquisition of a midfielder, with Etienne Capoue leaving the club earlier this week and the future of Mousa Dembele up in the air.

You can see the best moments of Alderweireld here