Tottenham boss Mauricio Pochettino is bound to sign more players this summer, as he plans his assault on The Premier League and Champions League.

But let’s deal with what we know. We know that Victor Wanyama is in. And we know that there is a very good chance that Spurs will add Dutch striker Vincent Janssen to the ranks before too long.

But that’s an interesting one. Because, unless the Tottenham boss goes with two up front in a 4-4-2 or 3-5-2 then we can’t see Janssen starting. He’s so similar to Harry Kane in as much as they both play number 9 and nowhere else.

Janssen may be thrown on with Harry when Spurs are chasing a game with ten minutes to go. But their time on the pitch together could otherwise be pretty limited.

In reality, that’s exactly what Kane needs. An able replacement to allow him the odd breather. He hasn’t been afforded that luxury over the last two years and it’s difficult to argue that he wasn’t noticeably fatigued by the time EURO 2016 came around.

The back five looks particularly solid – which has addressed an age old problem at Spurs – and gives Tottenham a great platform to build on next season.

So here is our strongest Tottenham XI as things stand. Spurs supporters – agreed? 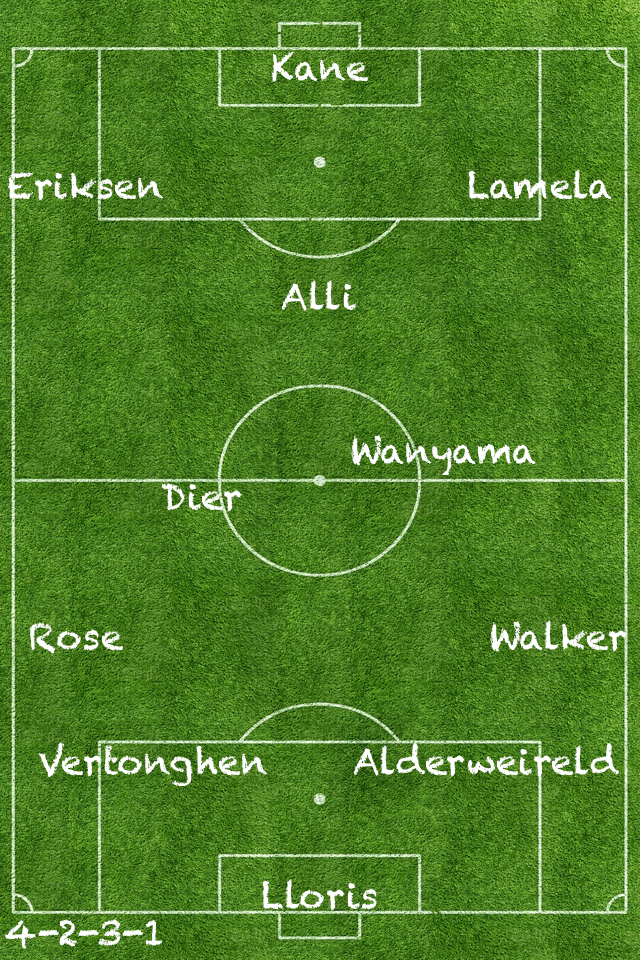