Manchester United fought hard against Chelsea in the Premier League and perhaps deserved to win, however, they could only get a single point from the contest.

Next up, the Red Devils will collide against Serie A champions Juventus in the Champions League at Old Trafford. Who will come out on top?

Former Man United superstar Cristiano Ronaldo is once again in sensational form. He scored for Real Madrid at Old Trafford under Mourinho. Can he find the net vs United against the Portuguese boss?

As far as Manchester United’s team news is concerned, we expect Mourinho to make two changes in the team that started vs the Blues at the weekend.

Summer signing Fred should return to the starting XI. The Brazilian international could replace Juan Mata to start in the center of the park with Matic and Pogba.

Martial was brilliant for United and he found the net twice at Stamford Bridge so he should retain his starting place. However, Mourinho could bring Alexis Sanchez back to the lineup. The current United No. 7 is a big name and a big game player. It will be intriguing to see how he steps up his game to outperform the former United No. 7.

The Chilean international could replace Rashford to start on the right wing. Here is Man Utd’s strongest possible 4-3-3 XI vs Juventus. 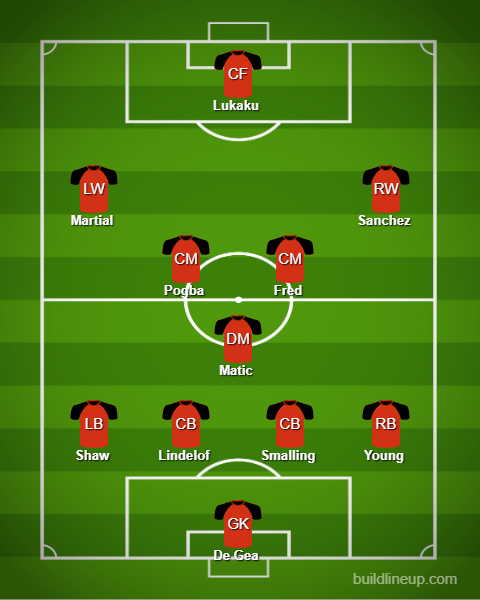