Chelsea won an incredible victory at Manchester City at the weekend in a game which placed them firmly as title favourites among many book makers.

With them slaying their biggest rivals on their own patch and Liverpool also losing this was yet another great weekend for Chelsea in a season which has been scarcely credible.

There is so much confidence coursing through this team right now that it’s hard to see what can stop them.

Well, actually, the only potential banana skin is the injury list. And, for the first time this season, there are a few problems on that front.

Diego Costa took a knock in the fiercely fought contest at The Etihad and Pedro hurt his ankle. Nemanja Matic strained a muscle and John Terry is still sidelined with a gluteal strain.

While none of these injuries is close to serious they could start to put a strain on the squad – or at least give us a gauge of how much depth Antonio Conte has at his disposal.

But it’s getting close to the next window and the Chelsea boss will surely spend in order to further bolster his squad.

But, they have a few more weeks yet and we shall assume that all of the main men will be back for West Brom. Perhaps Pedro will get a rest this weekend to be replaced by the brilliant Willian.

Here’s our Chelsea XI to face West Brom and surely it will be strong enough to overpower a stubborn opponent. 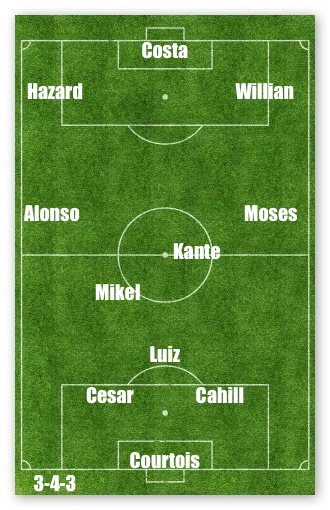