Respected British media outlet, the Guardian, has this week suggested that Chelsea may try to snare Arsenal superstar Alexis Sanchez from North London this summer.

The unsettled Chilean has been the subject of intense contract speculation having not signed a new contract at Arsenal and there is a feeling that this could be a other summer in which Gunners fans approach the daily papers with trepidation instead of excitement.

Sanchez has been on fire this season with 22 goals in 38 games to supplement his 17 in 42 last term.

He’s one of the very best players in the Premier League and it would be yet another damning illustration of the increased ambition of Chelsea compared to Arsenal if a deal was concluded.

What Arsenal need right now is a manager to stop the rot and stop the best players from leaving each season. TFF can’t help thinking that Diego Simeone is the perfect man for he job.

But how would Sanchez fit into a Chelsea side which already possesses so much attacking talent?

Eden Hazard has to start but there has been a feeling for some time that Diego Costa will leave the club this summer.

Chelsea would of course prefer to keep him and the XI would be sensational if he stayed. 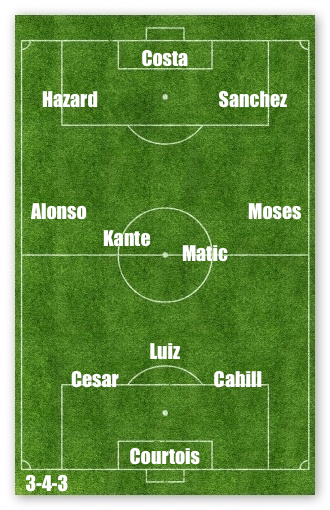 But even without the Spaniard Chelsea could put out a wonderful XI with the sole addition of Sanchez. In truth however the Blues are more than likely to make multiple signings this summer as they attempt to tighten their grip on domestic dominance and aim for a good first season back in the Champions League. 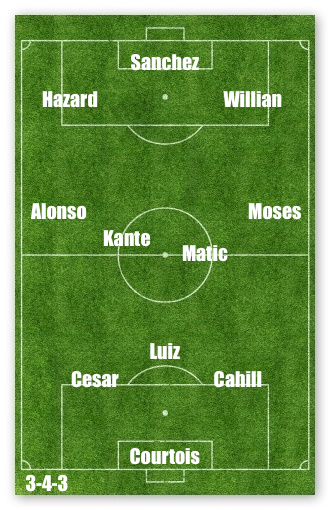