Arsenal’s season has been almost a carbon copy of the previous ten. Because, apart from the odd FA Cup trophy, they have been unable to break through the glass ceiling of ‘nearly men’.

Be it a lack of mettle, team spirit or balance, Arsenal simply can’t seem to navigate February without losing face.

And manager Arsene Wenger’s position as manager is coming under increasing scrutiny as the weeks pass. Because, typically, their results have improved after the January and February dip and they finish strongly. But it hasn’t happened this season and the recent defeat to Tottenham has only worsened the situation.

So what better way to lift spirits than with a win over fierce rivals Manchester United in the game of the weekend?

Mustafi, Xhaka and Perez have all been injured of late but only the former is likely to have a chance of playing.

And Arsenal will need his defensive solidity against a Manchester United team that struggles to break down weaker opponents who set out to defend but seems to fare better against sides that come on to them and leaves gaps in behind. They can then utilise the pace of stars such as Rashford and Martial – at least one of those young attackers is likely to start at the weekend.

Dpesite the fact that there may now be little riding on the game in terms of Champions League qualification – Arsenal look off the pace and Manchester United will now see The Europa League as their most likely route to the Champions League next season – Arsene Wenger’s future could rest on this result and it’s difficult to see him surviving beyond the end of the season if Arsenal take a cuffing from Manchester United. 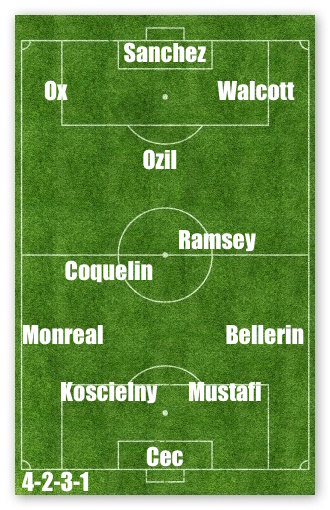