So what do we know?

Well we know that Chelsea have done some great business with the acquisition of Michy Batshuayi.

TFF expects Diego Costa to be sold and for the Belgium international powerhouse to start the season as Chelsea’s main number 9.

He will be joined by N’Golo Kante who moved to Chelsea this weekend, with a deal done on Saturday.

He will add further strength and steel to a spine which hasn’t always been the most spritely over the last year.

The third signing which looks increasingly likely is that of Kalidou Koulibaly, the huge Senegalese centre back who stands at 6ft 5in. At 25 he looks absolutely tailor-made for The Premier League and will bring much-needed freshness to a central defence which has been very well marshalled by Gary Cahill and John Terry but has a combined age of well over 60.

We may well expect further signings – perhaps another couple of full backs, especially if Conte decides to go with a less conventional formation with wing backs – but these three look likely to be his major summer signings.

With this in mind, Chelsea’s line up is becoming clearer. The question marks remain about who starts in the midfield and whether Pedro has a future at the club.

But here is our latest stab and we would love to know your thoughts.

Chelsea supporters – a title chasing side? 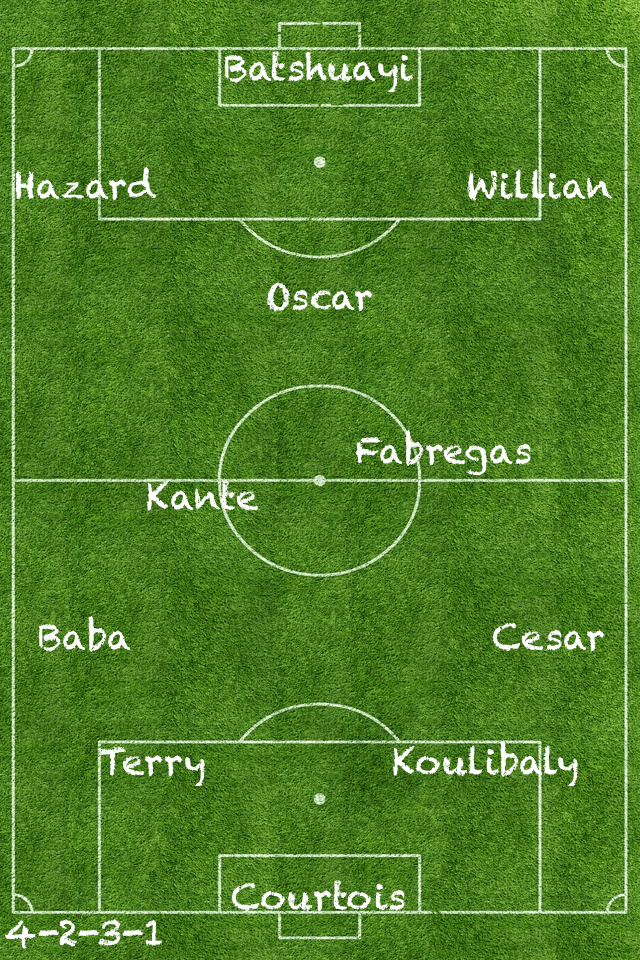