It’s almost impossible to imagine that Chelsea will end the month without bringing in another centre back and an additional forward.

The names on everyone’s lips at this point are Shkodran Mustafi and Romelu Lukaku.

But they will be major deals and we shouldn’t expect them to necessarily be completed in time for Chelsea’s first match of the season against West Ham at Stamford Bridge on Monday 15th August at 20:00 (BST).

Even if they are completed next week it may be too soon to expect these guys to start against The Hammers.

So let’s deal with the squad that Chelsea currently has.

There should be some nailed on starters in there. Kurt Zouma is the only current injury and so likes of Thibaut Courtois, John Terry, Cesar Azpilicueta, Branislav Ivanovic, N’Golo Kante, Willian and Hazard should be nailed-on starters.

Up top Diego Costa is just returning from injury and it may be too early for him so, even if Chelsea eventually go with a 3-5-2 under Antonio Conte with two strikers, we should perhaps expect more of a 4-2-3-1 to begin with, as the boss uses what he has to the best of his abilities.

So here is how we see the team lining up for that first fixture, based on the current squad. Chelsea fans: would you make any changes to this line up or is it the eleven to get three points and a crucial win to start the season? 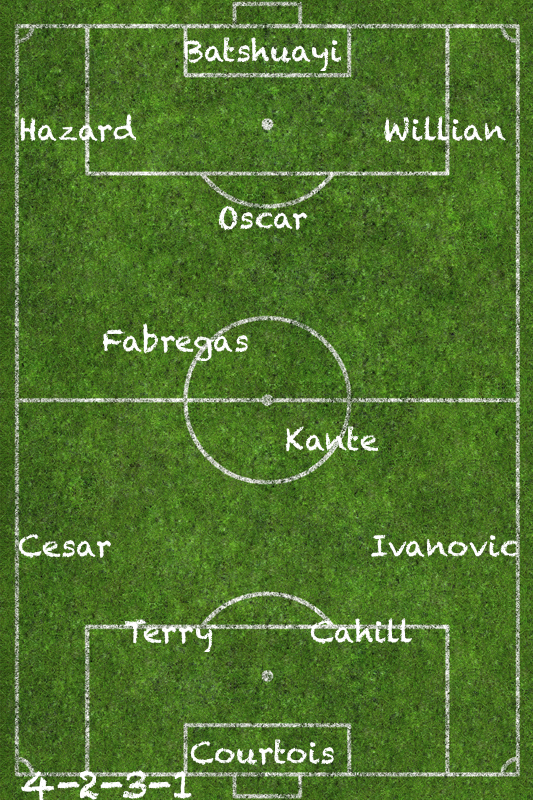